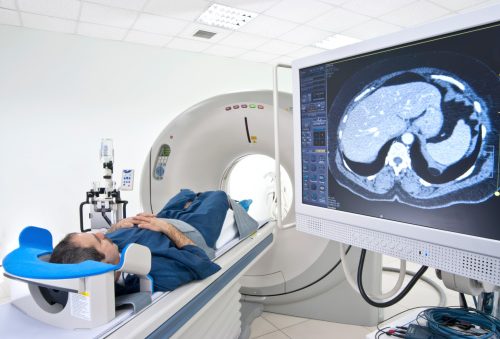 The three brain regions where abnormalities were found were the ipsilateral piriform cortex, temporal neocortex, and ventromedial prefrontal cortex.

Christopher Pawela, Ph.D., co-editor-in-chief of Brain Connectivity and assistant professor at the Medical College of Wisconsin said, “Focal epilepsy is a diverse neurological condition with seizures emanating from different brain areas depending on the individual patient. Pedersen and colleagues were able to identify common brain regions affected in all focal epilepsy patients. Further, they were able to accurately separate epilepsy patients from healthy controls using pattern matching analysis which may be an important step towards developing a MR biomarker for the condition.”

Focal epilepsy – also known as partial seizure – is a disruption in electrical signals in the brain. When electrical activity is limited in an area of the brain a seizure occurs. Partial seizures can become general seizures, which mean it affects the entire brain instead of just one specific spot.

There are two classifications of focal epilepsy: simple and complex. In a simple seizure, awareness or memory does not become disrupted. In complex seizures, awareness and memory become affected by events that occur prior to and right after the seizure. Also, a complex seizure can alter behavior.


Causes and symptoms of partial seizures

There are many different causes for partial seizures, including:

Focal epilepsy cannot be treated while an episode is occurring, so treatment involves the prevention of a future seizure or recovering from one that just occurred. Depending on the cause of the seizures your doctor can address the issue, for example, treating kidney or liver failure or very high blood pressure.

The best thing to do if someone is having a seizure is to try to keep them safe. Ensure there are no objects in the way that the person can injure themselves on. Additionally, there is nothing that can be done while the seizure is occurring to stop it or slow it down, so ensuring the person is free from injury is your best method of action.

The medical community has long known that people who suffer from epilepsy experience sudden electrical activity in the brain, and now there is significant evidence suggesting that sleep – particularly sleep deprivation – can trigger epileptic seizures. Continue reading…

Epilepsy and music: How the brain reacts

It has been presented that the brains of people with epilepsy react differently to music in comparison to those without the disorder. The findings may prompt new therapies to help aid in epilepsy treatment. The findings were presented at the American Psychological Association’s 123rd Annual Convention. Continue reading…