Home » Health News » Epilepsy and music: How the brain reacts 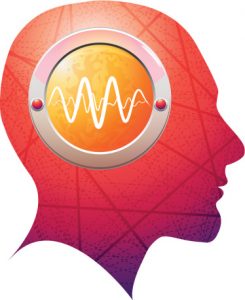 It has been presented that the brains of people with epilepsy react differently to music in comparison to those without the disorder. The findings may prompt new therapies to help aid in epilepsy treatment. The findings were presented at the American Psychological Association’s 123rd Annual Convention.

Epilepsy can affect anyone of any age, and is the fourth most common neurological disorder. Epilepsy is characterized by spontaneous seizures and can be caused by trauma to the head.

“We believe that music could potentially be used as an intervention to help people with epilepsy,” said presenter Christine Charyton, an adjunct assistant professor and visiting assistant professor of neurology at The Ohio State University Wexner Medical Center.

The majority of epilepsy cases (80 percent) are temporal lobe epilepsy, which is defined by seizures that originate in the temporal lobe of the brain. Music is processed through that same area, which prompted researchers to study the effects of how those with epilepsy process music.

With the use of electroencephalogram, Charyton and her team compared musical processing of the brain of those with epilepsy and those without. Data was collected from 21 patients who were being monitored for epilepsy at Ohio State University Wexner Medical Center.

Brainwaves were recorded and each patient listened to 10 minutes of silence and followed up with either Mozart’s “Sonata in D Major, Andante Movement II (K448)” or John Coltrane’s rendition of “My Favorite Things”, then once again 10 seconds of silence, two additional music pieces and finished with 10 minutes of silence. Music was played at random so the first song to play would vary among patients.

When music was played researchers observed the highest amount of brain activity. Additionally, the brainwave activity in those with epilepsy synchronized more with music – especially in the temporal lobe.

“We were surprised by the findings,” Charyton added. “We hypothesized that music would be processed in the brain differently than silence. We did not know if this would be the same or different for people with epilepsy.”

Charyton does not feel that music is a replacement for current epilepsy therapy, but feels it may be a viable intervention alongside current therapy methods to prevent epileptic seizures.