Home » Brain Function » Frequent seizures? What you should know about epilepsy 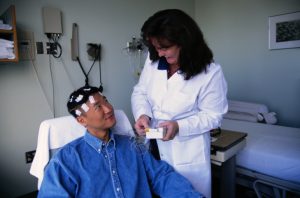 One moment you can be completely fine, carrying on with your day, and in a split second it can all change. You convulse, you lose control and you begin to act quite differently.

If this scenario only occurred to you once, you’ve likely experienced a seizure. But if it becomes a reoccurring event, you could have epilepsy.

It can be frightening for you and those around you when you begin shaking and losing consciousness – and that is what makes epilepsy so serious. 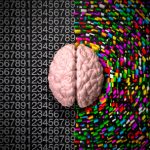 Epilepsy is neurological disorder which means it affects the nervous system. Seizures happen because there is a disruption in the neurons when attempting to communicate. The Mayo Clinic reports that one in every 26 Americans will suffer from a seizure disorder making epilepsy the fourth most common neurological disorder.

Epilepsy can lead to other health concerns and can involve different types of seizures. Epilepsy is chronic and the longer the seizures last, the more damage they can cause.

As we mentioned, epilepsy is scary and it can impact your sense of safety. Because the seizures are random, they can occur while driving, crossing the street or anytime where further injury may result. Proper epilepsy management and treatment is essential to live safe and happy.

In order to receive a diagnosis of epilepsy, an individual must experience at least two unprovoked seizures. These seizures cannot be a result of an underlying medical condition or withdrawal from alcohol or drugs.

The Epilepsy Foundation reports that six out of 10 seizures are idiopathic which means the cause is unknown. This number is quite high and that is what makes it so difficult to pinpoint an exact cause of epilepsy. Although it may be frustrating to not know the cause of epilepsy, treatment can still be carried out as long as you haven’t experienced stroke or a detected tumor.

Signs and symptoms of epilepsy 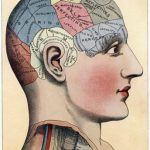 There are two forms of seizures linked with epilepsy: Partial and generalized. A partial seizure mainly affects a small part of the brain and a generalized seizure can affect the majority or all of the brain.

These are the signs and symptoms of a partial seizure:

There are six types of generalized seizures: Absences, myoclonic, clonic, atonic, tonic and tonic-clonic. The signs and symptoms of each involve convulsions, muscles relaxing or stiffening, jerking and twitching, and losing awareness of surroundings.

There are 18 different types of epilepsy. Below is each type along with their description or common characteristics.

As you can see, many forms of epilepsy occur as young as at birth, but many of them can follow a person right into adulthood. Because so many types of epilepsy don’t have an exact cause, it is hard to suggest preventative measures. The best way to live with epilepsy is with supervised medical intervention – with medications, surgery or avoiding potential triggers.

It may seem stressful to have epilepsy, but with proper care and management you can still enjoy a fulfilling life.

Why sleeping beauty has better brain health than you