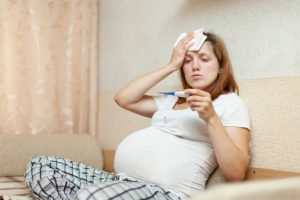 Lead researcher Alan Brown said, “Prospective mothers should take common sense preventive measures, such as getting flu shots prior to and in the early stages of pregnancy, and avoiding contact with people who are symptomatic. In spite of public health recommendations, only a relatively small fraction of such women get immunized. The weight of evidence now suggests that benefits of the vaccine likely outweigh any possible risk to the mother or newborn.”

The researchers found nearly a four-fold higher risk of bipolar disorder in children whose mothers had the flu. Furthermore, the risk may be higher if the flu occurred during the second or third trimesters.

Brown’s previous research found an increase of schizophrenia in children whose mothers developed the flu while pregnant. Brown added, “Future research might investigate whether this same environmental risk factor might give rise to different disorders, depending on how the timing of the prenatal insult affects the developing fetal brain.”

Both bipolar disorder and schizophrenia share many common traits, including onset of symptoms in early adulthood, family history, and genetic susceptibility.

The flu is far more severe than the common cold. Not only does it cause a runny nose and sick feeling, but it can bring along many complications if not treated properly. The flu can be particularly harmful if you are pregnant, with preterm labor and birth, or birth defects if the mother develops fever, among possible complications. The good news is that pregnant women can receive the flu shot during pregnancy, as it is safe, thus reducing their risk of flu.

To recognize the flu, pay attention to the following symptoms: 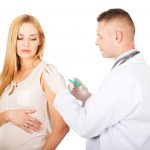 Pregnant women are at a greater risk to develop the flu, as their immune system becomes weaker. Although a weaker immune system is necessary so that the woman’s body doesn’t reject the baby, it does increase her risk of catching illnesses. Furthermore, pregnant women are at a higher risk to develop complications associated with the flu. It is of high importance that pregnant women take the necessary precautions to lower their risk of catching the flu.

Here are some preventative tips against the flu:

Treatment of the flu is similar to that of the cold, and home remedies are best, as medications are not advised for pregnant women within the first 12 weeks of pregnancy.

Here are some treatment methods to help alleviate symptoms and treat the flu.

It’s best to avoid all-in-one medications that treat many symptoms. Furthermore, you should avoid the following medication ingredients, unless cleared by your doctor:

If you are unsure which medications are safe, always speak to your doctor. And, at the first sign of the flu, see your doctor right away.

The effectiveness of the influenza (flu) vaccine for pregnant women is determined by the trimester the woman is in when she receives the shot. The findings were presented at the Society for Maternal-Fetal Medicine’s annual meeting, The Pregnancy Meeting™. The Centers for Disease Control and Prevention (CDC) recommends that all pregnant women receive the flu shot – unless they got one within the last year. Continue reading…

The flu shot while pregnant – a good thing?

It’s not exactly what you would expect, but it falls into the category of health tips that all mothers should know. New research is showing that getting a flu shot while pregnant could provide some interesting benefits to the immune system of the baby. Continue reading…