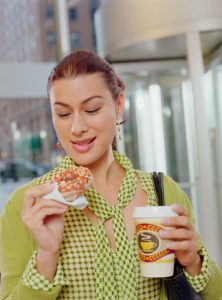 Fact or fiction: If you drop a morsel of food on the floor, you can safely pick it up to consume it within five seconds without an issue or worry of lurking bacteria.

While the five second rule has been the fall-back within the confines of the schoolyard or around your home or office, it is a theory that hasn’t been thoroughly tested – until now.

A recent study by Aston University’s School of Life and Health Sciences in the United Kingdom looked at two types of common bacteria, including E. coli and Staphylococcus, to test the rule. Researchers also examined several types of flooring, and textures of foods, to decipher the safety of food once it has been dropped on the floor. To note, they tested several different combinations of food and flooring, and used time frames between three and 30 seconds.

A pretty harmless occurrence, some might say. But for others, common sense suggests that if your food hits the floor, it picks up a certain amount of bacteria and, once you eat the food, you are consuming the attached bacteria as well.

The Aston study used toast, pasta, cookies and sticky sweets and tracked the amount of E. coli and Staphylococcus that were transferred after the food had spent different amounts of time on carpeted, laminate and tiled flooring.

The results concluded that the transfer of germs increased after five seconds. Grab that fallen cookie, quick, and enjoy it! Not that it’s completely clean and sanitary, but it isn’t likely to put you in the hospital, either.

For the safest bet for consuming food that has been dropped, the carpeted flooring provided the lowest risk, while moist food on laminate or tiled floor posed the highest risk.

While the five second rule has merit, the bacteria seen in this study is far from harmless: E. coli and Staphylococcus both come with seriously unpleasant symptoms. E. coli can lead to a number of gastrointestinal problems, such as bloody diarrhea and vomiting, which commonly arise from contaminated food and water.

Staphylococcus, on the other hand, can lead to flesh-eating skin infections, often resistant to antibiotics. If these are the kinds of bacteria rumored to be lurking on your food, it is best to pay attention and err on the side of caution.

Another interesting finding from the study revealed that women are much more likely to willingly snack on food that has seen a few seconds on the floor, no matter what the surface or type of food.

Professor of Microbiology Anthony Hilton, who led the study said, “Our study showed that a surprisingly large majority of people are happy to consume dropped food, with women the most likely to do so. But they are also more likely to follow the five second rule, which our research has shown to be much more than an old wives’ tale.”

RELATED READING: Your Gut Bacteria May Determine Your Risk For Colon Cancer

The study certainly enforces that despite its dismissal as an urban myth, the five second rule isn’t an uncommon concept. The Aston team found that 87 percent of people surveyed said that they would, or already have eaten food that has fallen on the floor, and 55 percent of those were women. Not surprisingly, considering the numbers, 81 percent of women who ate food from the floor would follow the five second rule.

It is a pretty safe bet that most people will continue to pick up their dropped food on the sly. And thanks to science, you might be able to breathe a little easier – for a few seconds anyway.