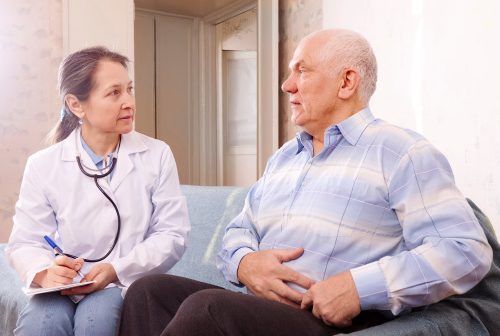 Ever wonder about the trillions of tiny bacteria living inside your stomach and intestines? Well, maybe you should; having a decreased variety of it in your gut may increase your risk of developing colon cancer, according to new research.

In a recent study, conducted by New York University’s School of Medicine and published in the December 2013 Journal of the National Cancer Institute, researchers found that a lower diversity of intestinal bacteria – commonly known as gut microbiome – is closely associated with colorectal cancer.

RELATED READING: Why Are So Many Colon Cancer Cases Going Undetected?

The Link Between Gut Bacteria And Colon Cancer

Scientists analyzed the fecal DNA of 47 colon cancer patients and 94 people without the disease. They observed that patients had lower levels of the bacteria that turn dietary fiber into butyrate – a fatty acid that may inhibit inflammation and the start of cancer in the colon. Still, these same patients also experienced higher levels of bacteria associated with the inflammation in the mouth and gastrointestinal tract.

Rather difficult to suppress, colon cancer involves a tumor growth that typically goes undetected until it metastasizes to surrounding tissue and organs. According to the Centers for Disease Control and Prevention (CDC), it kills more than 50,000 Americans each year, making it the second deadliest form of the disease after lung cancer.
RELATED READING: Healthy Digestion – The Root Of Natural Wellness

Because of the “potentially modifiable nature of the gut bacteria,” New York University’s study may have implications for the disease in the future, researchers acknowledged. In a news release, the study’s lead author Jiyoung Ahn said: “Our findings are important because identification of these microbes may open the door for colorectal cancer prevention and treatment.”

In an accompanying journal editorial, University of Florida’s Volker Mai and Dr. J. Glenn Morris said that they are excited by the findings, too, although they require further inquiry. They noted that the risk of colon cancer is also influenced by genetics and other factors, such as obesity, exercise and nutrition. “Given that these factors influence microbiota, separation of cause and effect among all of these factors may become quite difficult,” they said in the editorial.

Scientists investigating intestinal bacteria recently discovered that their composition changes depending on what you eat. In a separate study published in the December 2013 edition of Nature, Duke University researchers found that they can even dramatically alter along with your diet, “potentially facilitating the diversity of human dietary lifestyles,” they said.

“The gut microbiome is potentially quite sensitive to what we eat,” Lawrence David, an assistant professor at Duke University’s Institute for Genome Sciences and Policy, told HealthDay. “And it is sensitive on time scales shorter than had previously been thought.”