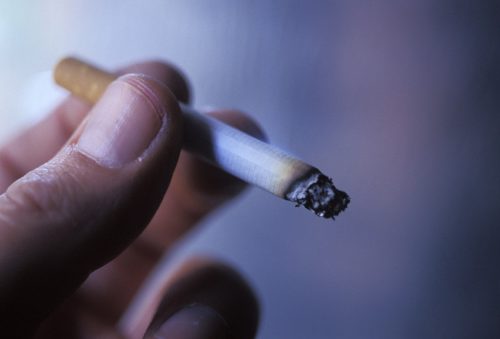 Cigarettes have gone through quite the transformation over the decades. Doctors used to promote smoking to sooth a sore throat. Today, it is a completely different story, as we have realized the harmful effects smoking has. Tobacco companies are not deterred, however, as they fight to stay relevant and keep people hooked. They introduced the cigarette filter, which is promoted as a “safer way to smoke.” But it may actually make cigarettes even more dangerous.

Cigarettes are typically made from tobacco leaves that are chemically treated to help improve nicotine delivery to the brain. Cigarettes contain over 4,000 different chemicals, 43 of which are known cancer-causing compounds. More surprising is that some of the same ingredients used to kill rats are used to make cigarettes. When you inhale a puff of smoke from a cigarette, these chemicals envelop the air-filled sacs of the lungs and get absorbed into the blood stream, giving you the familiar cigarette high.

Cigarette smoking puts people at risk for developing lung cancer, which was not recognized until the 1950s. This eventually led to a radical shift in thinking regarding cigarettes, as people opted for a healthier lifestyle.

This didn’t stop the tobacco companies. Instead, they tweaked their product by adding a filter in hopes of quelling their unhealthy image.

Cigarettes made even deadlier

What these companies didn’t realize was that the added filters made the problem worse by essentially filtering out the bigger carcinogenic particles and allowing the smaller ones to pass through. This allows for deep-seeded lung cancer to develop, which is difficult to treat and has a high mortality rate. The addition of ventilation holes to the filters was said to provide smooth smoke, but it only made smokers inhale more.
Researchers reviewed almost 3,300 tobacco studies and internal tobacco company research. Their analysis led them to conclude that these filters have contributed to the rise in a form of lung cancer known as adenocarcinoma. A report from 2014 blames the increase on changes in the design and composition of cigarettes since the 1950s.

“The design of cigarette filters that have ventilation can make the cigarettes even more dangerous. This applies to all cigarettes because almost all the cigarettes on the market have the holes, not just the ones that used to be called ‘lights’ and ‘ultra-lights,'” said co-author Dr. Peter Shields, a deputy director with the Comprehensive Cancer Center at Ohio State University.

This new finding hopes to put a stop on this style of filter, as it inappropriately portrays itself as healthy. The goal is not to take cigarettes away from people but to reduce harm to the greatest extent possible.

E-cigarettes linked to hearing loss and other side effects