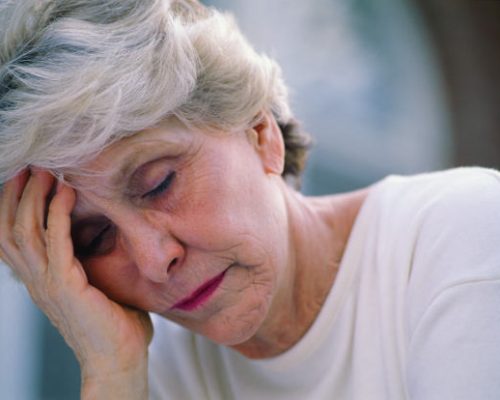 Nearly half of the individuals who suffer from a stroke also experience fatigue as a side effect in the days after. These findings are according to a recent study published in the journal Clinical Rehabilitation, which provides the most accurate glimpse of the connection between stroke and fatigue in recent years. While stroke survivors have reported experiencing fatigue early in their recovery, prior estimates of the prevalence of this issue varied from one-quarter to three-quarters of patients.

Researchers at The University of Nottingham aimed to get a more accurate idea of the number of patients affected and narrowed their focus solely on fatigue by rooting out cases of depression or depressive symptoms that can mimic the condition.

The study was led by Avril Drummond, professor of healthcare research and director of research at the University of Nottingham’s School of Health Sciences. Drummond made a distinction between fatigue and common tiredness, explaining, “Fatigue is not feeling tired; the terms are not the same. Fatigue is an overwhelming feeling of exhaustion which doesn’t improve with sleep or rest and which isn’t related to activity.” She also commented on the detrimental nature of fatigue, especially its negative impact on stroke recovery, stating, “Fatigue is a major problem for stroke survivors and effects all aspects of their lives. It can be a key factor in reducing participation in rehabilitation after stroke, and this can have a real impact on recovery. People simply do not reach their fullest potential.”
In order to gain a better understanding of how many stroke survivors are affected by fatigue, Drummond and her colleagues recruited patients who were in the first four weeks of stroke recovery, excluding those who had dysphasia, dementia, and depressive symptoms in order to prevent their results from being compromised by other conditions. These patients were examined based on self-reported levels of fatigue, mobility and daily activities, sleep, mood and emotional condition, and cognitive ability. Researchers followed up with the patients between four and six weeks after their stroke and found that 43 percent of these participants reported feeling fatigue, with 62 percent of these sufferers stating that it was a new symptom experienced only after their stroke.

These findings provide a more accurate picture of the number of stroke survivors that suffer from fatigue and could allow physicians to implement intervention strategies earlier in their rehabilitation. Drummond added, “It is incredibly important that clinicians become more aware of fatigue as it has a huge impact on rehabilitation and quality of life.” As fatigue can cause setbacks in stroke recovery and hinder a patient’s ability to perform daily tasks, it is a complication of stroke that needs to be addressed in order to allow survivors to reach their fullest rehabilitation potential.

Physical exercise has a positive effect on stroke recovery