Home » General Health » Your face reveals your level of wealth 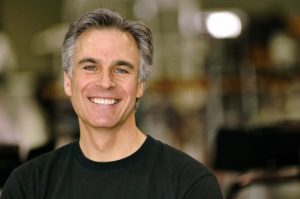 We have all heard the expression “don’t judge a book by its cover.” But that doesn’t stop us from doing this to our peers. Whether consciously or unconsciously, we are constantly assessing our peers based on their appearance and our first impressions of them. These biases dictate how we interact with others and whether we extend opportunities to those around us.

Researchers at the University of Toronto’s Faculty of Arts and Science wanted to see if these biases extend to our perception of wealth by looking at a subject’s face. Using participants aged 18–22, the experiment had subjects look at a series of photos and indicate whether the featured person was richer or poorer than average. Participants were asked to follow their instant gut reactions when evaluating the photos.

They found that the participants were accurately able to determine whether someone was richer or poorer simply by looking at a picture of their face in a neutral expression. This shows that even people as young as 18 have amassed enough life experience that translates to very minute facial characteristics, that can determine socioeconomic status. The results were not affected by age, race, or gender of the featured face.

The unfortunate results of this experiment show that peoples first impressions of you effects the opportunities that will be offered to you. Those who were seen as “richer” were also seen as more likely to be chosen for a job opportunity. This can be a vicious cycle. This could be one contributor to the cycle of poverty, as seen in social psychological research.

The basis behind the experiment is that emotions and their related expression become embedded in our muscle memory, imprinting patterns of expression onto our faces. This is why the participants are able to determine the wealth of the individual featured only when they are wearing a neutral expression. The facial movements of smiling or frowning disturb the imprinted patterns, making it harder to read someone’s face one way or the other.
Certain expressions are stereotypically associated with economic status. Those who consistently wear “happy” expressions are more commonly associated with wealth and ease of living. Those who had “stressed” or “unhappy” expressions are more likely to be seen as poorer. These expressions become permanently etched on our faces, making our socioeconomic status easily read.

As was shown in this experiment, people are not fully aware of what it is about others that garner these automatic reactions. When asked by the experimenters, participants were unable to identify what it was about those in the photos that allowed them to make their judgments. The researchers behind this experiment say that they would be interested to see the results of this experiment when using much older people in the photos.

Related: What your eyes (and eye color) reveal about your health

What the color of your urine means