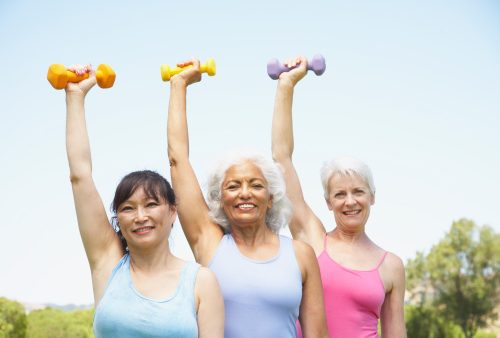 Getting older is a fact of life. We are not as energetics as we once were, not as strong, and perhaps not as fit. One thing we don’t think will change is how we think, for our minds don’t age… or do they?

Unfortunately, our brains are physical organs made up of cells, much like the rest of the body. This means much of our mental sharpness will naturally start to decline. We start to forget, are not as quick witted, and even learn at a much slower pace. Mental disorders in old age are also very prevalent, with dementia and cognitive impairment affecting our ability to think and remember.

A new study from researchers at Goethe University Frankfurt has explored how exercise in old age affects brain metabolism. They found that regular exercise not only promoted physical fitness but also had a positive impact on the brain.

Looking at brain metabolism with exercise

Their study involved 60 participants between the ages of 65 and 80 years old. The researchers examined the effects of regular exercise on brain metabolism in a study they called SMART—sport and metabolism in older persons, an MRT study.

Participants were assessed using movement-related parameters, cardiopulmonary fitness, and cognitive performance. Magnetic resonance tomography (MRT) and magnetic resonance spectroscopy (MRS) were both used to measure brain metabolism and structure. Measurements were taken before and after the study.

The use of exercise bikes three times a week over a period of 12 weeks in 30-minute sessions was carried out. Each participant was trained individually according to their performance level.


Decrease of harmful metabolite with exercise

It was found that the physical exercise prevented the increase of choline, a metabolite in the brain that, in excess amounts, result in the increased loss of nerve cells. This can lead to Alzheimer’s disease.

Many studies previously done have shown that physical exercise can help preserve our memory and mental function at advanced ages, but no real research had been done to explain how. This study is one of the world’s first evidence-based explanations of this observed phenomenon.