Home » Anti-Aging » Memory » Excess weight may be a contributor to memory loss in type 2 diabetics: Study 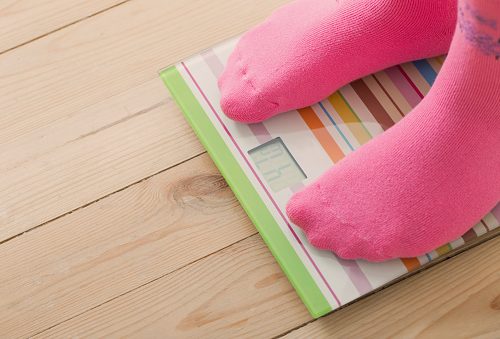 Type 2 diabetes, also called adult-onset or non-insulin dependent diabetes, has become very commonplace in today’s society. It affects nearly 9.3 percent of the entire U.S. population and doesn’t seem to be slowing down anytime soon. This growing trend has been in direct correlation with the increasing rates of obesity among Americans and has even extended to our younger population. This prevalence of type 2 diabetes has made health professionals around the globe concerned about the overall health of those affected, with mental well-being also in jeopardy. A new study has linked this metabolic condition with various changes to brain structure and cognitive function, leading to memory loss and thinner gray matter in certain areas of the brain.

The brain is a very complex organ. It is responsible for movement generation, visual information processing, executive functioning, as well as memory operation. Previous studies have linked type 2 diabetes with memory loss, but a research team at the Ewha University Brain Institute in Seoul, South Korea, aimed to discover whether being overweight or obese influenced the brain structure and cognitive functioning during the early stages of type 2 diabetes.

The study involved 150 participants, of which 50 were overweight or obese with type 2 diabetes, 50 were normal weight with type 2 diabetes, and the remaining 50 were normal weight without type 2 diabetes. The participating volunteers were between the ages of 30 and 60. Those living with diabetes had had it for five years and had been treating their condition with lifestyle modification and/or oral diabetic medications. None of the participants were taking exogenous insulin shots as part of their treatment regimen. All of them underwent an MRI brain scan and various tests to measure memory and thinking skills.

“Cortical thickness was decreased in several regions of the diabetic brains. Further thinning of the temporal lobes found in overweight/obese individuals with type 2 diabetes suggests that these regions are specifically vulnerable to combined effects of obesity and type 2 diabetes,” said senior author of the study, Dr. In Kyoon Lyoo.

Although a change was observed in this sample of diabetic patients, this study alone cannot definitively say that the effects seen are from excess weight or diabetes or a combination of both, explained Dr. Lyoo, but the findings did elude to that those with diabetes for longer periods of time were more likely to be having observable brain changes.
All individuals with type 2 diabetes scored lower on the tests measuring their memory and thinking skills regardless of weight, when compared to those participants without the disease and of normal weight.

Type 2 diabetes introduces metabolic factors such as insulin resistance, inflammation of tissue, and poor blood sugar management, which may all contribute to the findings seen in this study. It is difficult to say whether these results translate to the majority of Americans, as the study mainly consisted of Asian participants whose diets and lifestyle choice may differ. The research team admitted that an additional group of overweight and obese individuals without diabetes should have been included in this study, as it would have provided some additional insight.

What is clear, however, is that having type 2 diabetes does appear to be associated with structural brain changes, and this has been shown to affect memory and cognition. These changes may increase the risk of developing an Alzheimer’s type of memory impairment with increased weight playing some role in its acceleration. Nevertheless, Dr. Lyoo says that more research would be required to make a definite conclusion.

Related: Why your weight could be hurting your memory

Memory dysfunction in type 2 diabetes patients can be improved with moderate exercise: Study