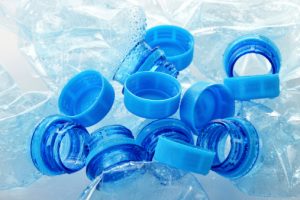 What do baby bottles, water bottles and store receipts have in common? You may be puzzled because the first two are obviously types of bottles, but store receipts? Well, you’ll be surprised to know all three of these items contain bisphenol A (BPA).

You have probably heard quite a bit about BPA, due to the fact that it is banned within many European countries as well as Canada. Unfortunately, many countries still use BPA in items that you come in contact with every day.

BPA is an endocrine disrupter, meaning it interferes with the production, secretion, transport, action and function of natural hormones. Babies and young children have the highest risk of harmful effects from BPA, and thus its use was banned in baby bottles and children’s products – but that still doesn’t make all of us safe.

As mentioned, BPA can be found in store receipts, meaning every time you make a purchase you are handling the harmful chemical.

Many health officials deem BPA safe in small amounts, but additional research about what is deemed a safe amount has left the topic still up for debate. Testing conducted by the Centers for Disease Control and Prevention (CDC) revealed that 95 percent of collected urine samples from adults contained BPA; 93 percent of urine samples from children also revealed the chemical. Clearly we are being exposed to high levels of BPA, allowing it to show in the majority of the population’s urine.


Link between BPA and prostate cancer 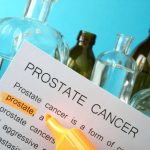 A study published in the journal Endocrinology revealed that BPA can disrupt prostate development, setting it up for precancerous prostate epithelial neoplasia and prostate cancer.

To reach their findings, researchers used human stem cells from an organ donor to grow human prostate tissue. When it reached a PSA-producing state it was transplanted into mice. Human prostate cells which were exposed to BPA – the same levels that many Americans are faced with – increased the risk of the human tissue to develop prostate cancer.

Lastly, not only can BPA increase the risk of prostate cancer, but once prostate cancer cells begin to mutate BPA can encourage their growth even more. The message here is for men – and women – to minimize their exposure to BPA as much as possible.

How to avoid BPA exposure

It may seem hard to avoid BPA because it appears to be everywhere, but these tips can help you better avoid being exposed to BPA and minimize your risk of its health-related consequences.

These tips can better help you minimize your BPA exposure, thus protecting your health in the long-run.

The new toxin lurking in your water bottle

If you were concerned about bisphenol A (BPA) and started to pick up Tupperware and bottles that were labelled BPA-free, you still aren’t in the clear. That’s because recent animal studies have revealed that a replacement for BPA – called bisphenol S (BPS) – may also be hazardous to your health. Continue reading…

If you have these symptoms, get your prostate checked…

Gentlemen, if you’ve ever had difficulty urinating, dealing with bladder stones, and falling or staying asleep, among other things, you just might have a problem with your prostate. But the good news is you can do something about it as long as you spot these warning signs right away. Continue reading…