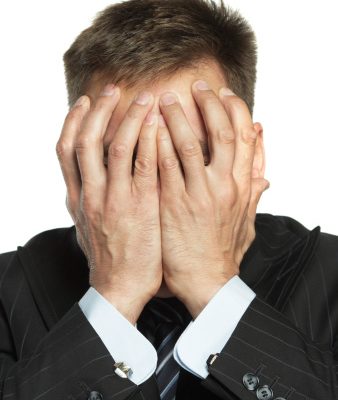 In fact experts are saying that even low levels of stress can heighten the risk of deadly heart attack or stroke by a whopping 20%. Researchers say that these numbers are very alarming because of the fact that a lot of the people who suffer from only low levels of stress would not even be considered for mental health services, so they fly virtually under the radar.

Previous studies have investigated the association between stress and anxiety and mortality but these studies tend to focus mainly on those with diagnosed mental health disorders, or those who fall in the “heavy stress” categories.

For this study, researchers looked at the data from approximately 68,000 people who took part in a survey in the UK from the years of 1994 to 2004. That information was then used to measure the role of stress and anxiety in deaths from a variety of causes including heart disease and cancer.

The mental health, stress and anxiety of the participants was then put on a scale ranging from no symptoms to severe symptoms, and then death certificates were used to record the actual cause of death.  The results showed that increased mortality is not just the result of people with higher levels of stress and anxiety.

The study in question was published online in the British Medical Journal, and outlines the need for treatment and prevention options even for those who suffer from low levels of stress. Authors say that an increased risk of mortality was still there at these low levels, so if minor changes can be made to stop the stress before it gets to dangerous levels, action should be taken immediately.


Experts Explain a Few Ways to Deal With Low Level Stress and Anxiety:

Get Active
Lower your stress with a relaxing hobby. It could be something as simple as a short walk, or a few minutes of gardening.

Get Organized
For a good number of people, stress can be aggravated by simple disorganization. If you take the time to get yourself organized (pay bills, spring cleaning etc) then you can ease low level stress in other areas of your life too.

Pet Your Animal
It is of the expert opinion that petting your cat or dog can provide a relaxing influence. In fact, many nursing homes and hospitals have been known to allow pets into the units to boost morale and lower stress levels. Maybe they were onto something?

Experts say that most people will say their symptoms of stress are very minor, and will therefore not seek out appropriate treatment options. But hopefully this new research allows for a little more awareness. And that people will begin to make positive changes for their heart health sooner than later.