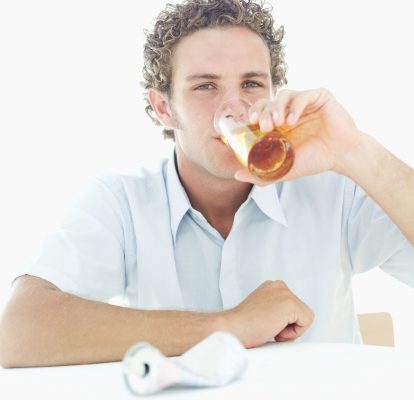 Although it may not come as a shock to anyone who has consumed an energy drink, a new study conducted by the University of Waterloo has revealed that more than half of youth and young adults in Canada who have taken energy drinks found themselves experiencing adverse health consequences.

Of the 2,055 respondents who consumed energy drinks, 55.4 percent of them reported at least one of the following symptoms: elevated heartbeat, sleep difficulties, headaches, nausea, vomiting, diarrhea, chest pain, and seizures. This contrasted with just 36 percent of those polled who had consumed coffee reporting negative health consequences. The poll, conducted in 2015, involved Canadians from 12 to 24 years old and was done via an online survey.

David Hammond, one of the study’s authors and a professor at the University of Waterloo, believes that energy drinks are a greater danger to health than coffee. He said, “Most risk assessments to date have used coffee as a reference for estimating the health effects of energy drinks; however, it is clear these products pose a greater health risk.”

Hammond went on to say that the greater impact of energy drinks over coffee could be due to different ingredients or the different ways energy drinks are consumed. For example, energy drinks are often mixed with alcohol or taken before performing strenuous exercise. The study did report that physiological effects from coffee were similar to energy drinks, but the adverse effects occurred at a higher rate when consuming energy drinks.


“The findings suggest a need to increase surveillance of health effects from these products,” said Hammond.

The study, released on January 15 in Canadian Medical Association Journal Open, drew an immediate reaction from the Canadian Beverage Association (CBA), which released its own statement in response to the findings. They explained that Health Canada had already deemed caffeinated energy drinks safe for consumption by youth and young adults. Furthermore, the CBA questioned the methodology behind the research:

The CBA maintains that energy drinks have been thoroughly tested and are safe for human consumption and that they are not a significant source of caffeine intake among Canadians.