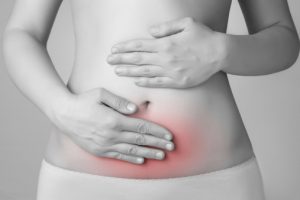 Endometriosis is a condition that occurs in women where the tissue outside of the womb in the pelvic area begins to thicken and breakdown, mimicking the behavior of tissues within the womb. While there is no known cure for endometriosis, there are ways of managing symptoms that make living with this condition easier. One way to lessen the discomfort associated with endometriosis is to follow an endometriosis diet that follows similar guidelines to those detailed below.

Following an endometriosis controlled diet can relieve symptoms and provide you with benefits such as reduced pain, fewer cramps, reduced inflammation and bloating, lower estrogen levels, and more balanced hormones. It may also help you lose weight, increase your energy, boost your immune system, and improve your overall health.

Why is red meat bad for endometriosis?

The same study that found a connection between red meat consumption and endometriosis also found that women who ate green vegetables 13 times a week or more (or twice a day) were 70 percent less likely to develop endometriosis when compared to their peers who consumed green vegetables less than six times per week.

Similarly, women who ate fruit twice a day were revealed to be 40 percent less likely to develop the condition than those who ate fruits and vegetables less than six times per week. This may be due to the fact that some fruits, vegetables, and legumes contain compounds that can protect the body against estrogen-related diseases and reduce the effects of estrogen in the blood. Also, the fiber found in fruits and vegetables may help reduce the level of estrogen in the blood and regulate hormones.

Women who have endometriosis should avoid fatty foods like red meat, fatty fish, and certain dairy products, as well as caffeine and alcohol. This is because these foods have a higher concentration of polychlorinated biphenyls (PCBs), which may increase the risk of endometriosis or worsen symptoms and can impair the functioning of the immune system.

Those with endometriosis should be sure to include low-fat organic foods in their diets such as fruits, vegetables, and white meat. Legumes and nuts may also be added to your diet as good sources of protein, while foods rich in vitamins, minerals, and fiber like leafy greens and cruciferous vegetables, fresh fruits, grains, and seeds should be a staple as they can boost the immune system and may help eliminate PCBs.

Your diet should include plenty of fiber, iron, and essential fatty acids which can be found in a variety of natural sources that are detailed below.

Soluble fiber is good for your digestion and can help your body regulate hormones by expelling excess levels naturally. Women with endometriosis should consume 24 grams of fiber daily and may do so by including any of the following foods in their diet:

Iron boosts the health of your liver, the organ that is responsible for cleansing toxins from your body, including excess hormones. Ensure you’re getting enough iron by consuming:

Essential fatty acids can help control inflammation and reduce endometriosis symptoms. They are found in foods such as:

Foods to avoid with endometriosis

Just as there are foods to include in your diet, there are also foods you should exclude as well in order to avoid aggravating your symptoms. As previously discussed, limiting red meat can help to lower your risk of developing endometriosis while processed meats with additives such as sodium nitrate and polycyclic aromatic hydrocarbons should be avoided altogether.

Trans fats—like the ones found in some cookies, crackers, snack cakes, margarine, and vegetable shortenings—should be cut out from your diet as well, as they can increase your likelihood of developing endometriosis. Refined sugars can also encourage inflammation within the body and worsen symptoms, and therefore should be avoided as much as possible. Unfermented soy products such as soy milk and cheese have been found to contain high levels of dietary estrogen which can impact your body’s hormone balance and worsen symptoms associated with endometriosis.

Endometriosis can cause pain, bloating, cramping, and hormone imbalances in women. While there is no cure for the condition, adhering to a diet rich in fiber, vitamins, and minerals may help ease symptoms or reduce your risk of developing it in the first place.

The best diet to help lower your cholesterol