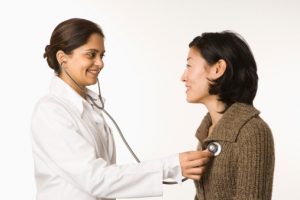 Heart disease risk in endometriosis was also found to be highest among women younger than the age of 40, as they were three times more likely to suffer heart disease than same-aged women without endometriosis.

The link could be explained by the endometriosis treatment, as other studies have shown that the removal of the uterus and ovaries have been affiliated with higher incidences of heart disease.
Senior author Stacey Missmer said, “Women with endometriosis should be thinking about lifestyle changes and discussion with their doctor about steps they can take to prevent heart disease.”

The researchers followed nearly 12,000 women who received a diagnosis of endometriosis during a 20-year follow-up. Aside from the increased risk of heart disease, the researchers also found that women with endometriosis were 1.35 times more likely to require stents for opening up clogged arteries and were 1.5 times more likely to suffer a heart attack.

Younger women were even more likely to develop heart disease if they had endometriosis and were three times more likely to have a heart attack, require stents, or suffer chest pains and angina.

Missmer concluded, “The take-home message here is that heart disease is the leading killer of women in the U.S. One in three women will experience heart disease, and women need to understand that whether you have endometriosis or not, you should be paying attention to healthy lifestyle choices, even if you are young.”