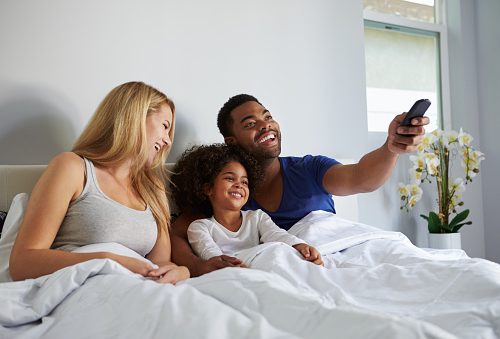 A new study has found that people sleep the same amount with or without electricity.

In recent years, more and more information has come about surrounding the importance of sleep and the various sleep disorders that affect people. Scientists and researchers have become particularly interested in learning more about how our ancestors slept and if our habits are different. In particular, a new area of research has developed around whether industrialization and, more specifically, the invention of electricity, has caused humans to sleep less than they used to. If this is true, scientists want to know what effects this could be having on us.

Scientists have previously suggested that because we now have the ability to stay awake past sunset, we are getting less sleep. The idea behind this notion is that people tend to stay up later into the night, but are not necessarily balancing out their late-night tendencies with late rising. Ultimately, these researchers believe that we are getting less sleep because of these late-to-bed and early-to-rise habits.

A new study done at the University of Surrey has proven otherwise. The study was inspired by lead researcher Dr. Andrew Beale’s own experience of living in a community without electricity after being raised in the UK. He noticed that his fellow villagers practiced much earlier sleep-wake patterns than his peers from home.


People who stay up later also wake up later

The study was done between two locations in Africa. The town of Milange is an urban center that has electricity and the village of Tengua is a rural area without it. The scientists chose these two areas because urbanization is an ongoing process within them. This closely mimics the process of industrialization experienced by our ancestors.

After the analysis began, the researchers found the results they expected from Dr. Beale’s observations. The people who tended to stay up later at night also woke up later in the morning, balancing out their sleeping patterns. There were no differences in the number of hours slept between those who stayed up late and those who went to bed early.

The people living in Tengua showed greater levels of activity during the ten hours of available daylight than did those living in Milange. This was balanced out, however, by higher levels of activity after sunset in Milange than in Tengua. Both communities took times to rest during the hottest periods of the day, between noon and 2 PM. Ultimately, although the times during which they were asleep differed, the populations of both areas slept around the same number of hours each night.

The researchers of this study have said that more research will be needed to determine why sleep deprivation is on the rise. The results of this study speak for themselves. There are clearly more factors involved than simply the invention of electricity when it comes to why people sleep less than they should.

Related: Why it’s so important to get a good night’s sleep

Can’t sleep? It could be because of this