Home » Brain Function » Sleep » Can’t sleep? It could be because of this 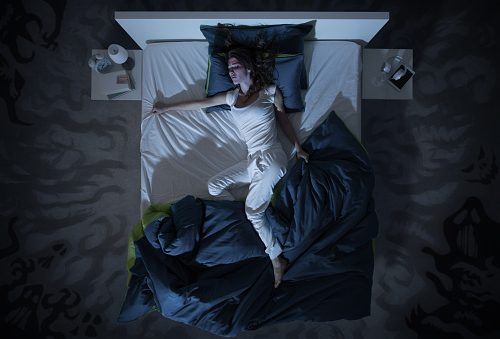 Are you tossing and turning every night, trying to get to sleep? Surprisingly enough, you may have the weather to blame for your sleep troubles. A new study revealed that nighttime temperatures are on the rise, which could translate into sleepless nights for you.

It has been reported that more and more Americans are reporting sleepless nights during the summer months. The findings came from an analysis of federal health data and weather records.

The latest findings suggest that Americans will continue to suffer sleepless nights, as climate change is creating higher than normal temperatures, particularly at night.

Lead author of the study Nick Obradovich explained, “Climate change is likely to increase the frequency of unusually warm nighttime temperatures. If you look at the climate model output for temperatures in 2050 and 2099, we project there will be an increase in insufficient sleep as a result of that increase in temperature going forward.”

The study found that, on average, Americans will experience nine million sleepless nights per month because of a 1.8 degrees Fahrenheit increase in nightly. Annually, that is 110 million extra sleepless nights.

The researchers gathered data on American’s sleep quality based on ongoing surveys collected by the Centers for Disease Control and Prevention (CDC). One of the survey questions asked respondents how many days during the previous month they got insufficient sleep.

The researchers also collected weather data to compare survey results with the weather.

Obradovich added, “The hottest times of the year and in the most vulnerable populations are where we see the largest effects.” People living in low-economic areas either cannot afford air conditioning in their homes or cannot afford to run them all the time.
Furthermore, seniors are at a biological disadvantage, as their bodies have difficulties regulating body temperature. This makes them more vulnerable to the effects of heat.

Sleep expert Dr. Douglas Kirsch added, “We know if it’s really hot, you don’t sleep well. The body tends to prefer to be cool to sleep well. People who have sleep disorders in particular are much more prone to need cooler temperatures in order to sleep well.”

Just a single night of interrupted sleep can have large impacts on health. Night after night of not getting proper sleep can take a serious toll on the body, increasing weight gain, heart problems, and other complications. Essentially, all major bodily functions rely on a good night’s sleep, so if you’re not getting enough, you’re probably not as healthy as you could be.

If you find that you’re left sweating at night, resulting in sleeplessness, take the necessary steps to ensure your room is nice and cool. You can also consider sleeping on the main floor or basement during the summer, as hot air rises.

Climate change and droughts affecting the health of our seniors