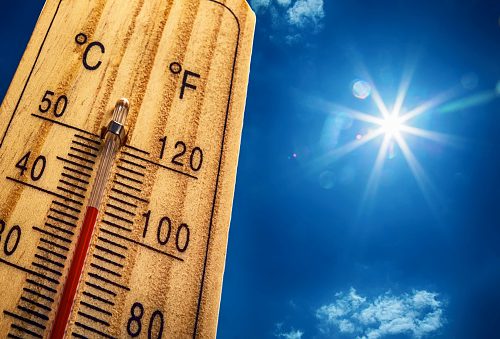 Frequent and faster spreading disease outbreaks have been linked to higher temperatures, according to new studies. During the recent Climate and Health meeting hosted by former Vice President Al Gore, speakers addressed the effects of global warming and climate change on public health, citing the Zika virus outbreak in 2015 as an example. That year broke records with its shattering heat waves, helped in part by a particularly powerful El Nino—a weather pattern where the Pacific Ocean warms close to the equator and causes significant changes in weather worldwide.

Along with disruptions in regular weather patterns, El Nino’s can also increase the spread of infectious disease. This can be seen in a previous study of dengue fever, where researchers reviewed nearly 20 years of monthly reports of the disease in eight Southeast Asian countries and found that it spread farther and faster and infected more people during El Nino years when compared to cooler years. Dengue fever—like Zika—is carried by mosquitos, which could explain why it spread faster during warmer years.

Dr. Jonathan Patz explained this connection, stating “With any viruses carried by mosquitos, warmer temperatures give you a faster development. Oftentimes mosquitos are smaller when they hatch in warmer conditions, and they have more frequent feeding behavior to get enough blood for their blood meal to develop eggs.” Therefore, mosquitos feed more in warmer temperatures, and more frequent bites result in a larger spread of infection.

Dr. Ashish Jha, director of the Harvard Global Health Institute, explained that the changing climate affects the strength of disease as they adapt. He stated, “As the climate changes, so will the infectious diseases that we confront. More outbreaks like Ebola and Zika. More pandemics like the bird flu.”
Speakers at the meeting also addressed how climate change is making allergy seasons longer and more severe, increasing smog and potentially fatal heat waves, and even making plants like poison ivy more potent.

While researchers acknowledge that there are other factors increasing the severity of outbreaks, including better diagnostic tools that accurately identify cases that may have been missed, they have concluded that climate change and global warming is playing a role in the spread of infectious disease worldwide.

Changes to climate can affect health

Why climate change affects more than the environment