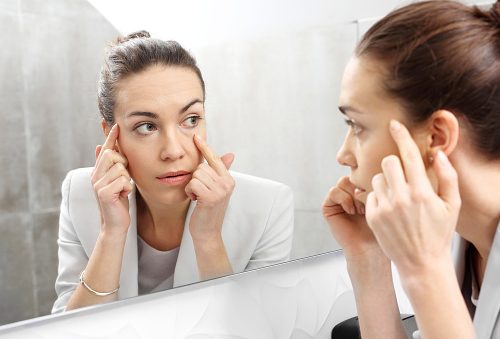 Getting a good night’s sleep not only makes us feel refreshed, but also makes us look noticeably healthier and attractive. We convince ourselves that no one will notice the bags under our eyes after a particularly sleepless night, but you’d be wrong. According to a new study, more than two consecutive nights of restricted sleep can noticeably change your appearance. This often comes at the cost of decreased social interaction.

Lack of sleep affects us

Obtaining the right amount of sleep can be difficult, as conditions such as insomnia or old age can be limiting factors. According to researchers, the tired, irritated look you give off is enough reason for people to leave you alone.

To eliminate any variables during the photography sessions, they all wore gray T-shirts with their hair pulled away from their faces and no makeup. These photos were then shown to 122 separate individuals who volunteered to rate them. Aspects of attractiveness, health, sleepiness, and trustworthiness were assessed. These new volunteers were also asked how likely they would be to socialize with the participants based on the photographs.

Beauty sleep is a real thing

The raters deemed the study participants less attractive, less healthy, and sleepier when comparing them against photos of them having slept. Unsurprisingly, the raters were less likely to socialize with tired-looking participants.
“For some participants, it was very clear which condition the photo belonged to, and for others, there was virtually no difference between the two. A couple of participants were even rated as more attractive after sleep restriction,” said lead researcher Tina Sundelin, a post-doctoral student in psychology at New York University.

Those involved in the study are not entirely sure why the body looks the way it does when it is sleep deprived. They think it may be due to increased blood flow to the skin in well-rested participants. Conversely, a lack thereof leaves you looking pale and tired.

The researchers mention that smiling can help mask the signs of tiredness. Coffee is also known to make people look more awake. Despite having various options to help disguise your tiredness, nothing compares to restful sleep.

Related: Why getting a good night’s sleep is so important

Simple fixes for your sleep troubles