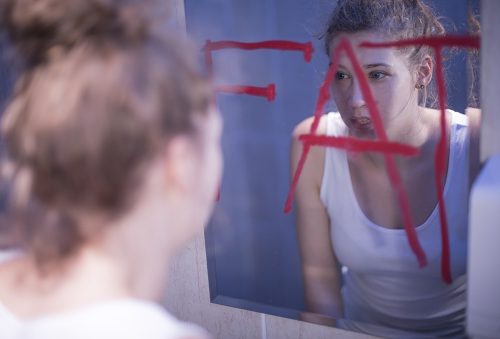 Eating disorders and depression incidence is found to be higher in athletes. On average, athletes are three times more likely to develop an eating disorder. Additionally, much evidence has supported a strong association between depressions and eating disorders.

Additionally, body image is also a big deal for athletes, as they are supposed to look a particular way – and if they don’t, they face scrutiny. Lastly, many athletes are put on specific meal plans. Although these plans are intended to be balanced, sticking to a strict regime contributes to the aspect of control, or lack thereof, which can lead its way into developing an eating disorder, too.

Research has found that nearly 17 percent of athletes show signs of psychiatric disorders. For the study published in the Journal of Sport Sciences, researchers examined 122 British athletes who completed questionnaires assessing weight, diet history, previous eating-related diagnoses, and desired weight. Their eating attitudes, restraint, fear of losing, and weight and self-image issues were also measured. Mental state and eating habits at start point and after six months were evaluated as well.

The researchers found that eating and diet disturbances lead to depressive symptoms. The researchers concluded, “Given that sport organizations and clubs are ethically and legally responsible for the health and welfare of athletes, it is imperative that practices that increase the risk of eating disorders are minimized, as they appear to inadvertently increase the risk of depression in athletes… research needs to move beyond examining the factors that affect eating … to the factors that are affected by eating, so that a more comprehensive and holistic theoretical framework can be established.”


Link between depression and eating disorders

Depression can contribute to eating disorders, and vice versa. Research has found that being malnourished and underweight can lead to depression, as it can negatively impact mood. Dr. Ira M. Sacker, an eating disorders specialist at Langone Medical Center at New York University, said, “People who develop eating disorders feel as people that they’re not good enough.” Usually, eating disorder patients are perfectionists, and this can lead to focusing on food and eating too much. Underlying trauma or anxiety is often the root of many eating disorders.

On the other hand, those who binge eat and are overweight or obese can get depressed as they become increasingly unhappy about their appearance, and so they eat more, gain more weight, become more depressed, and so on. 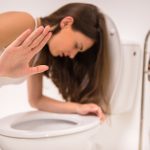 There are two main types of eating disorders: anorexia nervosa and bulimia nervosa. In anorexia, patients may weigh way below their recommended weight. They are often high achievers with a low self-esteem. Female anorexics may miss menstrual cycles because of the condition.

In bulimia, patients may spend many hours in the bathroom sometimes with water or a fan running in order to mask the sound of vomiting. They often stick to strict diets and frequently use laxative. Bulimic patients may eat several times a day and may appear of normal weight.

To spot depression in eating disorders, doctors look for the following signs:

Treatment for a person with depression and eating disorder may share common features. However, it’s important to tackle each condition separately in order to resolve both issues, as it may not be clear which ailment came first.
Treatment may involve counseling, medications, and, of course, family and friends support. It’s important that loved ones work together to aid in treatment, and that the patients don’t feel lonely or bad about themselves.

Bulimia nervosa, an eating disorder, increases the risk of type 2 diabetes. Bulimia nervosa is a condition in which a person binges and purges food. This means, they will consume large amounts of food only to expel it from their body immediately afterward. This can be done through vomiting or with the use of laxatives. Causes of bulimia nervosa can range from psychological, biological, social, and cultural influences. Continue reading…