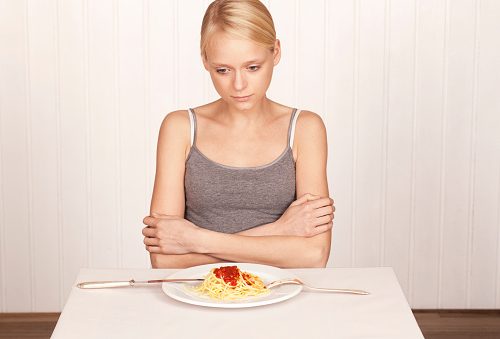 Anorexia nervosa involves not eating or using laxatives or vomiting as a means to purge foods that may have been eaten. Researchers have now found that this process drastically changes the microbiota within the gut. 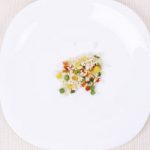 Researchers at the University of North Carolina School of Medicine found that individuals with anorexia nervosa have very different microbial communities within their gut in comparison to those without the eating disorder. Gut microbiota are the trillions of bacteria affecting digestive and immune health. Gut microbiota can also affect what is referred to as the “gut-brain axis.” Researchers believe this gut bacteria can help reduce the symptoms associated with anorexia nervos,a which affects the lives of more than three million Americans.

Senior author of the study, Ian Carroll, Ph.D., said, “Other studies have linked gut bacteria to weight regulation and behavior. Since people with anorexia nervosa exhibit extreme weight dysregulation, we decided to study this relationship further.” He added, “We’re not able to say a gut bacterial imbalance causes the symptoms of anorexia nervosa, including associated symptoms, such as anxiety and depression. But the severe limitation of nutritional intake at the center of anorexia nervosa could change the composition of the gut microbial community. These changes could contribute to the anxiety, depression, and further weight loss of people with the disorder. It’s a vicious cycle, and we want to see if we can help patients avoid or reverse that phenomenon. We want to know if altering their gut microbiota could help them with weight maintenance and mood stabilization over time.”

The team collected fecal samples from 16 women suffering from anorexia nervosa when they were first admitted to a treatment center, and then once again when they gained a healthy amount of weight back. Each sample was characterized by composition and diversity of gut bacteria.

Vast differences were seen from when the women were first admitted to when they had restored their weight. Initial samples had fewer varieties of gut bacteria, which made the intestinal communities less diverse. Microbial variety is an indicator of good health. Once the women were discharged microbial variety had increased, although it was still less when compared to healthy individuals.

As microbial variety improved so did symptoms related to anorexia nervosa, including improvement in mood, prompting researchers to question if gut bacteria variety could relieve symptoms in anorexia nervosa.

Carroll said, “Over the past 10 years, prominent researchers have learned that when you take gut microbial communities of an obese person and put it in germ-free mice – which are maintained in sterile conditions and lack intestinal microbiota – the mice gain more weight than germ-free mice that have been colonized with a gut microbiota from a lean individual. This suggests that gut microbes mediate weight gain or loss.”

Carroll believes that in the future altering gut bacteria may aid in treatment of anorexia nervosa – although he doesn’t believe it is a tell-tall cure, it definitely has potential.

Cynthia Bulik, a member of the research team, concluded, “In addition, the process of weight gain and renourishment can be extremely uncomfortable for patients. Often, patients are discharged from the hospital, and within months and sometimes weeks they find themselves losing weight again and facing readmission. If specific alterations in their microbiota could make renourishment less uncomfortable, help patients regulate their weight, and positively affect behavior, then we might see fewer readmissions and more cures.”


How anorexia affects the body

We all know that anorexia nervosa affects weight – more importantly, it contributes to significant and dangerous weight loss. But anorexia can affect the body in many other ways as well, including:

Having an eating disorder can set you up for vitamin and nutrient deficiencies. Vitamin deficiencies can contribute to many of the negative effects of anorexia nervosa, for example, memory fog.

In order to begin restoring the body and combating the negative effects of anorexia, it’s important to follow these tips:

Understanding the symptoms of anorexia nervosa

Symptoms of anorexia nervosa can be categorized as cognitive, emotional, behavioral and physical. 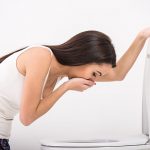 Prevention and treatment for anorexia nervosa

Healthy eating habits and supporting a healthy body image are effective means to help prevent anorexia nervosa. Society places unrealistic expectations onto females, which unfortunately, they feel they need to achieve. Having open discussions with your daughter or friend who may be struggling with body image issues can also help them talk through what may be bothering them. Education, then, is an important tool in the prevention of anorexia.

If a person has been diagnosed with anorexia or is recovering from it, here are some tips to keep in mind as well.

Eating disorders are more prevalent than ever among young girls desperately trying to fit the beauty mold. A full 25 percent of college-aged women in America engage in bingeing and purging as a weight-management technique, according to the National Association of Anorexia Nervosa and Associated Disorders (ANAD). Continue reading…