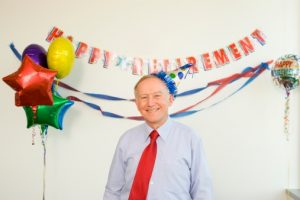 Everyone dreams of retirement; finally, the point in your life where you can stop clocking in day-in and day-out. A time where you can begin to enjoy your golden years, travel more, get in some necessary R&R, and spend more time with friends and family. Although there is much to look forward to in retirement, you may want to hold off as long as possible, as research suggests prolonging your retirement could keep your brain sharp.

Having the right job can keep you socially engaged, physically active, give you a purpose, and spark creativity, all essential elements to longevity and brain health.

The 2016 study explored early retirement on longevity and brain health and suggested that early retirement may contribute to early death. Findings of the study uncovered that healthy individuals who put off their retirement had an 11 percent lower risk of death. Furthermore, retirees with health problems also lived longer if they delayed retirement compared to those who took on early retirement.

A French study discovered that delaying retirement may also ward off Alzheimer’s disease and other forms of dementia too.

Although this study outlined the benefits of retiring later in life, an alternative study from Australia found that it is not the age of retirement that affects longevity but rather the health of the person when they retire.


Variations in study findings point to an underlying problem with this type of study—it’s difficult to determine which came first, retirement or the health problems. The second issue is that retirement affects different groups of people differently. This is why some people may benefit from an early retirement while others a later retirement.

These variations also make sense because there are several different types of occupations. For a person who works in a labor extensive occupation, it may be wise to retire early as to preserve health. A person who works in an office may benefit greater from later retirement, as it may keep their minds sharp.

If you’re around the age of retirement, there are a few things to consider—aside from your pension—prior to retiring, such as how your health is, if you’re able to perform your job, and the strenuousness of the job. Thinking about these other aspects can help you make your decision along with providing you additional health benefits once they are considered.

Related: Friends in old age: A predictor of health and happiness

Eat like this to stay healthy in old age