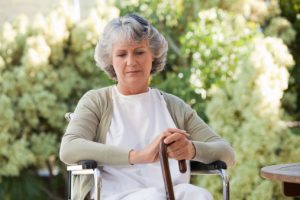 Early dementia and Alzheimer’s disease indicators include behavioral changes and poor balance – in addition to memory loss. Although forgetfulness is a common sign of Alzheimer’s disease, a new study shows changes in behavior may be the first red flag signaling the onset of mental deterioration. The Alzheimer’s diagnosis is usually based on mild cognitive impairment, but researchers are now focusing on mild behavioral impairment as an early indication of the disease.

Researcher Dr. Zahinoor Ismail said, “We’re not talking about a blip in someone’s behavior. It’s a sustained change from their former ways of functioning. That out-of-character behavior can be the first sign of something going wrong in the brain.”

Dr. Ismail and colleagues developed a symptom checklist for doctors to use in their assessment of elderly patients for mild behavioral impairment. Although additional research is required to validate the checklist’s usefulness, the scientists hope it could be widely used to help diagnose Alzheimer’s disease in its early stage.

Alzheimer’s disease is largely a brain disorder, but it spans beyond a simple memory decline. The concept of mild behavioral impairment being a precursor to dementia is novel, though it is difficult to measure, Dr. Ismail shared.

Although the checklist still needs to be tested in clinical studies, it may prove to be a useful tool in diagnosing dementia and Alzheimer’s disease.

Along with mild behavioral impairment, poor balance may also be an early warning sign of dementia. Previous studies have found that poor physical function is tied to a higher risk of dementia in people under the age of 85, but whether this applies to those over 90 has been previously unknown.

Cataracts and Alzheimer’s disease have been found to be linked to a common gene. Both conditions arise with age, but the latest findings now add further evidence to a genetic link, too. Continue reading…

Researchers have found that stem cell therapy may reduce related cognitive impairment related to Lewy body dementia (LBD). Stem cell therapy is a growing area of research and the latest findings were conducted by researchers at the University of California, Irvine. Continue reading…