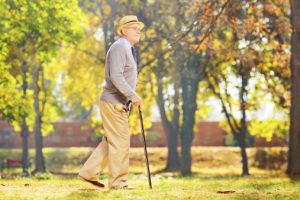 Dr. Laura Phipps from Alzheimer’s Research UK said, “There can be many reasons for someone’s walking speed to slow, but it’s important to explore why and when these changes occur in diseases like Alzheimer’s and how they can be managed to improve the lives of those affected.”

Louise Walker, Ph.D., of the Alzheimer’s Society said, “Research has already shown that people with Alzheimer’s disease may have difficulties with walking – but it is unclear if this is due to the condition itself or other factors, especially those associated with ageing. More long-term research is needed to determine whether a build-up of the protein amyloid, which is one of the hallmarks of Alzheimer’s disease, directly leads to slower walking and whether this could form a suitable part of a clinician’s diagnostic process.”