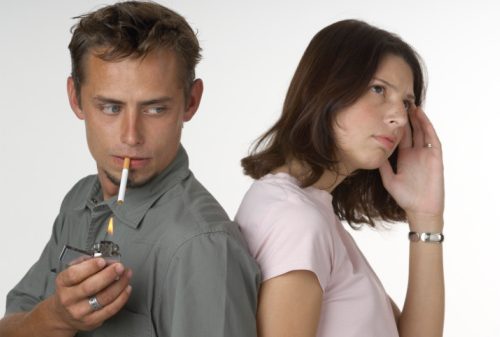 It might be hard to believe that there is something as equally bad for you as smoking. But not only is there something equally as bad, but it’s something that you wouldn’t expect. As it turns out, new research is showing that simply not getting a moderate amount of exercise, being obese, or not being mindful of your weight loss efforts, could be as bad the deadly habit.

Obesity and Weight Loss Need To Be Addressed

Smoking is a worldwide epidemic and a leading cause of many different kinds of cancer, which is what makes the fact that simple laziness is considered to be equally as dangerous. Smoking kills millions of people, and specifically, disease caused by smoking kills one in 10 adults. Not surprisingly, if this same rate continues, smoking will kill one in 6 people by the year 2030. Statistics are showing, that roughly a third of the men in the world are smokers. Likely the most compelling statistic is that every single minute, 10 million cigarettes are sold worldwide. Those numbers are no laughing matter.

However, new research is showing that if you are thinking about kicking the smoking habit, simply quitting (and for many, it certainly isn’t simple) won’t be enough. The study has shown that not working out enough, or even getting a moderate level of exercise could be equally as deadly as the smoking habit. Obesity and weight loss are issues that so many people have that this could be considered a serious issue for many to grapple with.

While health guidelines can vary depending on area, many guidelines show that the average adult needs about two hour of exercise a week. This can include any number of activities, even low impact ones like swimming, or housework. Researchers at Harvard say too little exercise is responsible for 10 percent of deaths globally each year, that amounts to roughly 5.3 million of the 57 million deaths that occur each year.

This recent research, published in The Lancet has found that people who were moderately overweight (with a body mass index of 25 to 30) lost on average, about three years of life. Those who were morbidly obese (had a body mass index of over 35) lost about 10 years off their lives. The numbers fall very closely in line with the death rates of smokers.

With obesity and weight loss being a main reason why people visit their healthcare practitioners, this is information that should be properly heeded. Graphic labels on smoking packages showcase the need for an immediate solution to kick that habit, but research like this really puts the issues of weight loss and obesity in perspective, too.