Diverticulitis is a condition characterized by inflamed or ruptured diverticula, which are bulging sacs in the lining of the large intestine. Picking the right foods to eat and steering clear of certain foods to avoid is important for effective management of diverticulitis symptoms.

The risk of developing diverticula is usually higher for people over 40. Diverticula themselves do not cause many problems, but once the condition progresses into diverticulitis – when the sacs get inflamed or infected – it can be quite severe, leading to pain, nausea, and changes to bowels.

Below you will find Bel Marra Health’s top articles regarding diverticulitis along with irritable bowel syndrome, colon cancer, and Crohn’s disease. 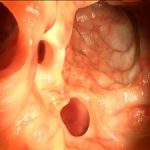 The findings also suggest that acute diverticulitis can progress into chronic irritable bowel syndrome.
Lead researcher Dr. Brennan Spiegel said, “We dug deeper into identifying the chronic physical, emotional, and behavioral symptoms that can profoundly change people’s lives after an attack of diverticulitis. Our findings reveal that many people suffer silently with severe quality-of-life problems long after an acute diverticulitis attack.” Continue reading… 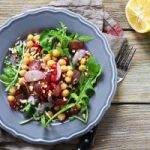 The purpose of a diverticulitis diet is to allow the digestive system to rest and to promote healing.

A diverticulitis diet mainly consists of liquids and soft food. In the beginning, stick to broths, juices, and water to prevent any further irritation or complications. Eventually, you can work your way up to eat more solid foods – which should include fiber-rich foods. It may be wise to start with low-fiber foods and work your way up to high-fiber foods to see how you feel along the way.

Fiber-rich foods include vegetables, whole grains, beans, and fruits. If you are not eating enough fiber, your doctor may recommend a fiber supplement to help give you a boost. It’s important, though, to stay well hydrated when you increase your fiber intake to avoid pain and constipation. Continue reading… 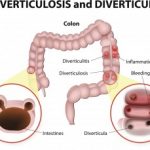 Diverticulosis is a condition where pouches develop along the intestines, colon, and even stomach. The risk of diverticulitis increases with age, with over 50 percent of patients being over 60. Generally, the pouches do not cause any issues. The inflammation of the pouches is what is known as diverticulitis. The condition is accompanied by the abdominal pain and infection. Continue reading… 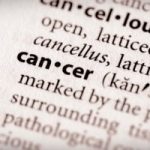 Although at first diverticulitis and colon cancer may present similar symptoms, they are two very different conditions. Diverticulitis is a condition set off by infection or rupture of diverticula, which are bulges forming in the lower part of the large intestine or colon. The risk of developing diverticula is usually higher in people over 40. Diverticula themselves do not cause many problems, but once the condition progresses into diverticulitis, it can be quite severe, leading to pain, nausea, and changes to bowels.

Colon cancer has always been linked to old age, with about 75 percent of cases in the over 65 age category. Over the last decade, the number of cases among the younger population has shot up, leading to speculation that modern day diet may have something to do with the problem.

Here we will outline the differences in causes, symptoms, risk factors, and complications with regards to diverticulitis and colon cancer. Continue reading… 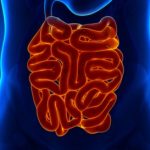 Crohn’s disease and diverticulitis are conditions that affect the gastrointestinal system, and although they may present themselves similarly, they are two very unique conditions.
Crohn’s disease is part of the group of conditions known as inflammatory bowel diseases (IBDs). Prior to the 20th century, before the rise of hygiene and urbanization, inflammatory bowel disease was quite rare. Currently, IBD is found in developed countries and is believed to be caused by a lack of germ resistance development – although the exact cause is still unknown.

Mild diverticulitis can be easily treated with a proper diet. However, in cases of recurring and severe diverticulitis, surgery may be required. Continue reading…