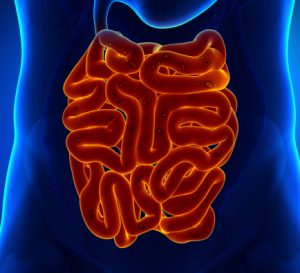 Crohn’s disease and diverticulitis are conditions that affect the gastrointestinal system, and although they may present themselves similarly, they are two very unique conditions.

Crohn’s disease is part of the group of conditions known as inflammatory bowel diseases (IBDs). Prior to the 20th century, before the rise of hygiene and urbanization, inflammatory bowel disease was quite rare. Currently, IBD is found in developed countries and is believed to be caused by a lack of germ resistance development – although the exact cause is still unknown.

Roughly two million people in the U.S. suffer from diverticular disease. Prevalence rate is one in 136, or 0.74 percent. Annually, 300,000 new cases of diverticulitis are diagnosed.

Crohn’s disease symptoms include diarrhea, fever and fatigue, abdominal pain and cramping, blood in stool, mouth sores, reduced appetite and weight loss, drainage near the anus due to fistula, inflammation of the skin, eyes, and joints, inflammation of the liver and bile ducts, and delayed growth or sexual developing in children.

Signs and symptoms of diverticulitis include severe pain that may last for days and takes place in the lower left side of the abdomen, nausea and vomiting, fever, abdominal tenderness, constipation, and in some cases diarrhea (a less common symptom).

As with many autoimmune diseases, the exact cause of Crohn’s disease is unknown. One of the theories suggests the immune system triggered by a virus or bacteria is responsible for Crohn’s disease onset. Heredity is also considered a possible cause, as many Crohn’s disease patients will also have a relative with the condition.

Weak spots along the bottom of the large intestine can prompt the formation of diverticula. When pressure is added, bulges form. These bulges, or pouches, may protrude through the colon wall. When they burst or get infected, this marks the diagnosis of diverticulitis. It is worth noting that diverticula themselves do not necessarily create symptoms.

Risk factors for Crohn’s disease include being aged under 30, being white or of Jewish descent, having family history of Crohn’s disease, smoking cigarettes, using nonsteroidal anti-inflammatory medications, and living in an urbanized area where you eat a high-fat diet or plenty of refined foods.

There are a few factors, aside from age, that can contribute to one’s risk of developing diverticulitis. They are:

Complications that can arise from diverticulitis include the development of an abscess, a blockage of the colon or small intestine, the formation of fistulas, and peritonitis – if the inflamed pouches rupture spilling intestinal contents into the abdomen.

Diagnosis for Crohn’s disease and diverticulitis

Crohn’s disease is diagnosed through a detailed examination of one’s medical and family history, as well as additional testing as needed.

Because Crohn’s disease can mimic other conditions like infections, diverticulitis, and cancer, it’s important to rule them out. Blood tests are ineffective in diagnosing Crohn’s disease, so an ultrasound, CT scan, MRI, colonoscopy, and internal biopsy may be conducted.

To properly diagnose diverticulitis, your doctor will conduct a physical examination, checking your abdomen and pelvic region. Other tests include blood tests, pregnancy test for women, liver function tests, stool tests, and CT scans, which can help gauge severity of diverticulitis.

Crohn’s disease has a long list of treatment methods, because there is no exact cause to target. Treatment for Crohn’s disease may include corticosteroids, anti-inflammatory drugs, immunosuppressant agents, antibiotics, biologic agents, nutritional and dietary counseling, stress management, and, in severe Crohn’s disease cases, surgery to remove heavily affected areas of the intestines and colon.

Medical treatments for diverticulitis include antibiotics to treat infection, liquid diet to allow bowels to heal, and over-the-counter pain relievers. In complicated cases of diverticulitis, surgery may be required, such as primary bowel resection, where the affected part of the intestine is removed and the rest of it is reconnected. Another option is bowel resection with colostomy if it is impossible to reconnect the colon to the rectum due to inflammation.

If diverticulitis is causing pain, there are home remedies you can try for relief. To reduce muscle cramping caused by diverticulitis, you can apply heat to the abdomen. Meditation, too, may be beneficial in managing the associated pain. Lastly, if you need to opt for a pain reliever, stay away from ibuprofen (Advil) and instead reach for acetaminophen (Tylenol).

There are also some preventative measures you can try to lower your risk of developing diverticulitis.

Fiber, too, is essential. Fiber works to maintain regular bowel movements and helps reduce pressure on the colon. And in this vein, staying hydrated helps. Although fiber can help you stay regular, without enough fluids it can have the opposite effect. Staying hydrated improves bodily functions, so it’s important to drink enough water.

By practicing healthy habits, such as eating a balanced diet, exercising, and not smoking, you can reduce your risk of developing diverticulitis. Although you can’t control aging or turn back the time, you can control these illnesses – and it’s as simple as living well.