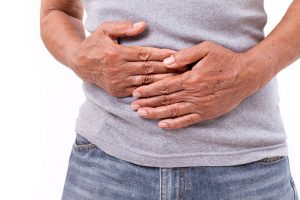 Peritonitis is inflammation of the peritoneum caused by a bacterial or fungal infection. The peritoneum is the tissue that lines the inner wall of the abdomen, which covers and supports the majority of the inner abdominal organs, such as the stomach and intestines.

If peritonitis is left untreated, complications may arise. For example, the infection can spread into the bloodstream—known as sepsis—and reach other organs, resulting in organ failure or even death. Due to its fatal complications, it’s crucial that symptoms are recognized early on so treatment can begin immediately.

Common risk factors of primary spontaneous peritonitis include liver disease with cirrhosis and kidney failure, which can lead to a patient getting peritoneal dialysis.

Common causes of secondary peritonitis include: 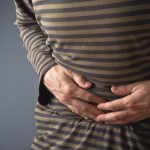 Initial symptoms of peritonitis are similar to that of a stomach flu or food poisoning; it includes nausea, abdominal pain (that can begin dull and become severe) as well as a poor appetite. Further symptoms can include:

A patient diagnosed with peritonitis will begin treatment in a hospital setting as it is life-threatening. Intravenous antibiotics or antifungal medications will be administered immediately. Supportive treatments to prevent and treat sepsis and protect the organs will also be conducted in order to prevent complications.

In some cases, more often than not, emergency surgery may be required in order to treat the underlying cause of peritonitis; it may include surgery for appendicitis, perforated stomach ulcers, or diverticulitis. Any infected tissue or abscess may also be removed surgically as well.

If there is any contamination during the process, report it immediately to your doctor or medical professional so that it can be examined right away and help lower the risk of complications.

Fight bacterial infections naturally with these foods and herbs
Neutropenia, deficiency of neutrophils can cause bacterial and fungal infections