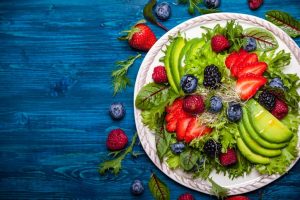 We know that diet and diarrhea are often linked. Some people suffer from occasional diarrhea, while for others, the condition is chronic. No matter what the cause, a diarrhea diet can affect the digestive system and your symptoms in a positive way.

Allergies or food poisoning are well-known causes of diarrhea. Chronic conditions, such as irritable bowel syndrome (IBS), ulcerative colitis, and Crohn’s disease are also associated with diarrhea. When someone is experiencing diarrhea, there are foods that can be consumed to help get the digestive system back on track. At the same time, there are certain foods that a person with diarrhea should avoid. Having a proper diet for diarrhea can improve quality of life for many sufferers.

What Foods to Eat When You Have Diarrhea?

If occasional bouts of diarrhea sound familiar, or if you have ongoing episodes of diarrhea, you should seriously consider the best diet for diarrhea. While some people fear this type of diet is too restrictive and boring, the reality is that there are many different foods to eat for diarrhea that can be healthy, nutritious, and delicious.

The following list outlines some of the foods that can be included in a diet for diarrhea:

People who’re really struggling with severe diarrhea are often advised to use electrolyte replacement drinks. Gatorade is an example of a drink full of electrolytes.

Foods to Avoid When You Have Diarrhea

Now that you have a sense of what to include in a diarrhea diet, let’s look at foods to avoid for diarrhea. Some of the following food items may seem like obvious digestive agitators while others may come as a surprise to you.

Other foods including onion, garlic, processed foods, raw vegetables, certain foods that cause gas (cabbage and broccoli), citrus fruits, and fatty meats can aggravate diarrhea. Additionally, caffeine in drinks, such as coffee, tea, and soda can make digestive problems worse. You should avoid carbonated drinks and alcohol when fighting diarrhea.

While it should go without saying, foods that may be spoiled should be avoided. When you’re in doubt, it’s better to be cautious and throw the food item out.

Having to suddenly adjust your diet can seem like a daunting task, but once you decide to make the change, it becomes routine. Below is a sample menu you can refer to as an example of a typical diet plan for diarrhea.

There are many cases of diarrhea that don’t last long and respond well to home treatments, such as a diarrhea diet. There are situations though that are caused by infections or parasites and need to be treated with antibiotics.

If you experience diarrhea for more than two days and aren’t seeing any improvement or if you’re getting dehydrated, have severe abdominal pain, or a fever, see a doctor as soon as possible.