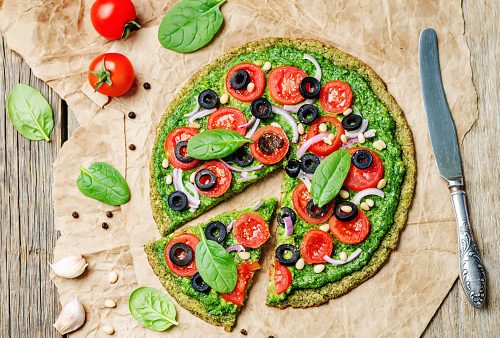 Diabetes refers to a condition in which the pancreas may produce insufficient insulin or fail to produce insulin—a hormone that converts glucose into energy. When glucose is not converted into energy, it remains in the blood stream in significantly high quantities.

Sometimes, the pancreas may produce sufficient insulin, but the person’s insulin sensitivity can be adversely affected, leading to diabetes. This means that the body does not respond to insulin as it should and finds it difficult to metabolise glucose. This is also known as insulin resistance. Patients with this condition often require insulin injections to stabilize their blood glucose levels. However, a new study reveals that a plant-based diet could help to improve insulin sensitivity in obese diabetic adults.

The study, which was recently published in Nutrients, was conducted by researchers from the Physicians Committee for Responsible Medicine. The article claims that a plant-based diet can improve the functioning of beta-cells.

What are beta cells?

Beta cells are the cells in the pancreas that store and secrete insulin. When their functioning is affected, they do not respond adequately to increases in glucose levels. Therefore, measuring their function could be a way to detect risk of type 2 diabetes.

In what way are beta cells affected by diet?

In order to ascertain whether or not there is a link between a person’s diet and the functioning of beta cells, researchers decided to study the impact of a plant-based diet on the beta cells of overweight participants who did not have diabetes.

This idea came from previous studies which claimed that plant-based diets had the potential of preventing as well as reversing type-2 diabetes.

Like any other experiment, they divided participants into two groups. The experimental group was given a low-fat vegan diet comprised of whole grains, legumes, vegetables, and fruits, without any limit on the calories they could consume. The control group did not change their diets.

Participants of both groups were advised to continue taking any medication they were on and retain the level of physical activity they were used to. They had to follow the instructions for the 16 weeks during which they were studied.


Researchers used mathematical models to establish the impact of the plant-based diet. They found that those on a vegan diet had better secretion of meal-stimulated insulin and sensitivity of beta-cells than those in the control group.

The group who were put on the plant-based diet lost weight, which included body fat, and reduced insulin resistance. This improvement led to an improvement in the functioning of their beta-cells.

According to one of the main researchers, Hana Kahleova, “The study has important implications for diabetes prevention” as it demonstrates how “food really is medicine” and a healthy plant-based diet “can go a long way in preventing diabetes.”

This is particularly significant in countries such as the United States, where approximately 30 million people suffer from diabetes and 84 million are pre-diabetic. Steps towards a healthy lifestyle will help future generations save themselves from developing the condition.

Related: Scientists are one step closer to discovering a cure for type 2 diabetes