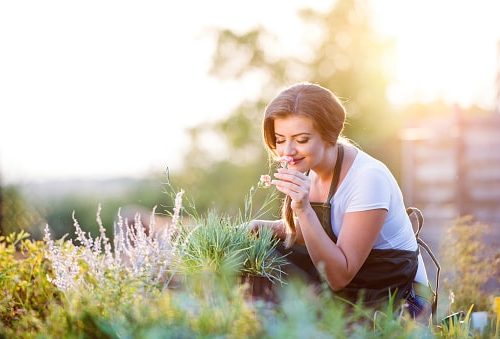 As with all our senses, our sense of smell can worsen with age. An estimated 24 percent of older adults in the U.S. are said to have smell dysfunction, although the percentage of those who find it a daily interference is much lower.

A decreased sense of smell can have dangerous consequences, however, as it can inhibit the ability to detect the presence of olfactory indicators of danger, including the smell of smoke that alerts us to fire. New research from Jin-Young Min and Kyoung-Bok Min has shown that insulin resistance, caused by diabetes mellitus, is also related to the development of smell dysfunction.

It’s not often that sense of smell is formally evaluated the way hearing and sight is as we age. The research behind the decrease in the sense of smell is also limited, meaning that the full scope of how smell relates to certain degenerative diseases is unknown.

The researchers of this study used the data of participants over age 50, collected over two years of the National Health and Nutrition Examination Survey (NHANES) assessment of smell, to determine how the sense of smell related to certain diabetes mellitus (DM) biological markers. The markers measured included fasting blood glucose, glycohemoglobin, serum insulin, and homeostasis model assessment of insulin sensitivity (HOMA-IR).

The results showed that there was an increased risk of smell dysfunction in participants with the DM markers of fasting blood glucose and HOMA-IR quintiles. The data suggested that insulin resistance may be a mechanism for the development of smell impairment with age. The other markers measured did not appear to be connected with the reduction in the ability to smell.

The researchers state that further research will be required to confirm the connection between DM-related insulin resistance and olfactory dysfunction, but the correlation is clear in the results of their data examination.

Insulin Related to the Olfactory Bulb in the Brain

“We conclude that insulin resistance, a pathological condition in which cells fail to respond to normal actions of insulin, may reasonably be expected to affect the olfactory function in humans, and that our data support this position,” write the researchers. “The olfactory bulb in the brain contains elevated insulin and insulin receptor levels.”

The exact mechanism that relates to this connection between insulin and the olfactory bulb has yet to be uncovered, but the researchers believe that with further examination, this finding could have impacts on testing for and treatment of smell dysfunction in older patients with diabetes mellitus.

The researchers do offer the limitations of the study, however, such that the cross-sectional nature of the data examination eliminates any causality and that only one measurement of smell dysfunction was used, which may have resulted in misclassification of the disorder.

Ultimately, the results show a connection between diabetes-related insulin resistance and the reduced ability of older adults to identify smells in the United States.