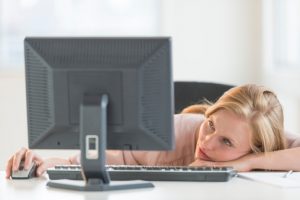 We have known for some time that depression impacts one in 10 Americans, but experts have recently discovered that depression and anhedonia, which is the inability to experience pleasure, may be caused by inflammation in the brain.

Although the link between inflammation and depression is not entirely new, in recent years this area of study has received more attention. Biomarkers are now able to help indicate disease and are used more and more to measure the existence of problems that might exist within the human body. In one of the most talked about studies to date, published earlier this year in JAMA Psychiatry, it was revealed that inflammation is 30 percent higher in clinically depressed patients than it is in those who are not depressed.

Inflammation is the body’s response to stress, whether it is from an injury, infection, disease or emotional issue, such as relationship or work problems. Some inflammation is good for us, but excessive levels of what is known as “cytokine” produces a lot of inflammation that can lead to physical problems and can contribute to depression.

Depression, anhedonia and influence of inflammation on brain function 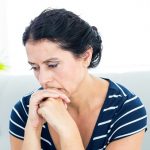 Some studies show that about one-third of people who suffer from depression have high levels of inflammation in their blood. Now new research demonstrates that ongoing inflammation impacts the brain in a way that is connected to signs of depression, including anhedonia. Some of the latest research, published online in Molecular Psychiatry suggests that blocking inflammation in the brain may allow for the reversal of anhedonia, the feeling of not being able to experience and enjoy pleasure.

Anhedonia is a major symptom of depression and can be hard to treat. Researchers at Emory University School of Medicine and Winship Cancer Institute report that some patients taking antidepressants continue to suffer from anhedonia, so tailored treatments to deal with high-inflammation may help.

Working with 48 depressed patients, Emory researchers discovered high inflammation is linked to a “failure to communicate” between two different parts of the brain that are vital for motivation and reward. They also noted a strong link between high inflammation levels and anhedonia signs, such as the inability to enjoy food, time with family and friends, as well as other everyday activities. 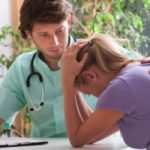 Back in 2012, researchers in Denmark established a link between brain inflammation and depression. Their study involved 73,000 adults and showed that those who had the highest levels of c-reactive protein (CRP), a biomarker used to assess the presence of inflammation, were more than twice as likely to have depression than those with normal CRP.

The Denmark team took the inflammation and depression study a step further by looking at just how serious the level of despair was among the participants. It turned out that increasing levels of inflammation were also associated with an increased risk of being hospitalized due to depression.

When outlining their findings, the researchers stressed the importance of further study to determine the extent to which brain inflammation and depression are linked. One question that many medical experts have asked is, Can inflammation cause depression?

Severe depression linked with inflammation in the brain 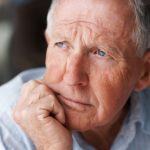 However, Researchers at Canada’s well-known Centre for Addiction and Mental Health, also called (CAMH) Campbell Family Mental Health Research Institute, were the ones who found that the brains of people experiencing clinical depression had an inflammatory increase of 30 percent.  They used special brain scans called positron emission tomography or PET to examine patient’s brains. They closely monitored immune cells that play an important role in the brain’s inflammatory response.

CAMH Researchers believe they are the first to find “definitive evidence” of inflammation in the brains of depressed patients.

Below are a few suggestions if you are concerned about inflammation:

While some inflammation is necessary, you do not want it to become chronic. As the studies mentioned in this article indicate, inflammation can potentially impact our brain, leading to depression and anhedonia. Investing in an anti-inflammatory lifestyle can help fight the inflammation response and thus promote a healthier brain. A few lifestyle changes are a small price to pay to avoid the risk of feeling lifeless, empty and apathetic.