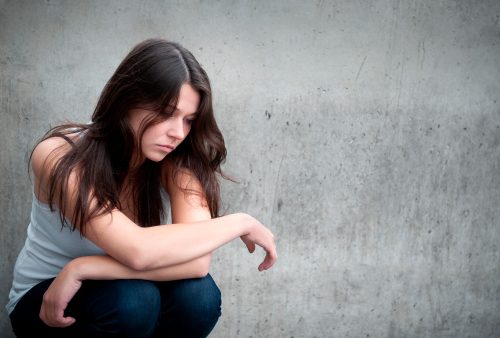 Anhedonia is one of the symptoms of major depressive disorder (MDD). A person with anhedonia experiences a loss of interest in the activities that they would normally find enjoyable. It is as if pleasure circuits in the brain shut down and life itself becomes dissatisfying.

There is no cure for anhedonia, but neurologists are always looking for ways to treat depression. Stanford neuroscientists recently turned to brain imaging and stimulation techniques to cause anhedonia in rats and study the depressive disorder. They began by shining a light on sensitive nerve cells, thus stimulating dopamine neurons in the midbrain area and ultimately boosting the reward area of the brain. They measured reward function with an MRI that could detect blood flow in the brain. The next step was to stimulate neurons in what is known as the medial prefrontal cortex or mPFC of the brain. They found that it decreased activity in the reward area. In one experiment, the simulation caused the rats to lose interest in drinking sugar water, something they usually prefer over drinking just plain water. In another test, the mPFC made the rats less social.

Perhaps most telling was the fact that stimulating the mPFC seemed to strengthen the connection to other parts of the brain, while at the same time weakening the connections to regions of the brain involved in both depression and schizophrenia.

It seems anhedonia affects the function of the mPFC, which is in charge of releasing dopamine in various parts of our brain.

When people know little about depression and are diagnosed with anhedonia, their initial response is, is anhedonia curable? While there is no magic cure for any form of depression, research is ongoing around the globe. Part of the reason for this is that many people believe depression is reaching epidemic levels. One in six Americans is expected to suffer major depression at some point in their lives. Experts believe that current medications are inadequate. In many people, medications eventually stop working.

In 2012, a previous study at Stanford with a different group of researchers looked at brain circuits and depressions. At that time, they reported discovering a pathway that could potentially lead to treatment of major depressive disorder. During the study, a hormone that affects appetite turned off the brain’s ability to experience pleasure in rodents when the animals were stressed. The hormone called melanocortin signals the reward circuit in the brain, which is involved in guiding an animal’s behaviors, such as reactions towards food, warmth, and sex. The study authors see the hormone as a potential drug target when it comes to treating depression.

The scientists conducted their measurements after exposing rodents to chronic stress – similar to the type of stress that humans experience. In one experiment, they confined the rodents for several hours, took away their sugar water, and discovered their depressive symptoms were high. They reduced stress and conducted measurements and found depressive symptoms subsided. They even switched the sugar for cocaine at one point and found that they got the same results they did with earlier tests – telling them changes in the brain due to melancortin action cause an animal to lose its ability to feel pleasure.

Anhedonia symptoms center on the inability to experience joy and pleasure. Yes, we all have periods of sadness from time to time, but those who suffer from anhedonia or MDD typically can’t find enjoyment in anything. Hobbies, physical exercise, social gatherings, or sexual activity – none of these bring on positive emotions. Usually anhedonia sufferers are emotionally empty no matter what is happening around them.

Anhedonia can happen in a number of mental illnesses, including schizophrenia and mood disorders like bipolar disorder.  It can also occur in cases where people are addicted to drugs and alcohol, and during drug or alcohol withdrawal.

Although anhedonia causes continue to be investigated, we know that it can be a common effect of narcotic and amphetamine drugs use. It has also been linked to some prescription medications. Anhedonia may also be brought on by post-traumatic stress disorder (PTSD).

There is one other theory about the cause of this depressive condition. Some medical experts wonder if social learning is a contributing factor. For instance, a child normally develops by watching and learning from the behavior of those around them. A child with a mental disorder may not experience as many new things due to their impairment. This could then lead to anhedonia since they have less experience with both positive and negative feedback and the emotions that go along with situations. 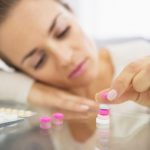 There are ways to overcome anhedonia so that you can lead a more fulfilling life. Anhedonia treatment options include psychotherapy and medications.

Psychotherapy is often the preferred first step. Aside from meeting one-on-one with a therapist to discuss your symptoms if you have anhedonia, you will likely be encouraged to participate in regular exercise, which can activate chemicals in your brain that impact mood. Yoga may also be suggested since it helps calm the mind and keep anxiety under control. Avoiding alcohol, refraining from smoking, and having a well-balanced diet is also important, as is getting a good night’s sleep.

In some situations, psychotherapy is not enough and drug treatment is required. Anhedonia treatment options that have been successful include, dopamine agonists, serotonin receptor antagonists, special stimulants, such as dextroamphetamine, as well as some natural treatments, like St. John’s. It is important to understand that any treatment can have side effects. Following instructions and closely monitoring any reaction to traditional or herbal medications is crucial.

If you or someone you know is diagnosed with anhedonia, it is important to refrain from self-treating. You should consult a doctor and psychotherapist who can guide you on the best possible treatment. Some people have to try both therapy and medications before they find what works best. With persistence, many people have been able to overcome anhedonia, but not without proper professional guidance.

Depression and anhedonia caused by inflammation affecting the brain

We have known for some time that depression impacts one in 10 Americans, but experts have recently discovered that depression and anhedonia, which is the inability to experience pleasure, may be caused by inflammation in the brain. Continue reading…

How is your mood? Would you say you’re feeling happy? Or are you sad, angry, or even indifferent? The events currently going on in your life can have a large impact on your mood. If you just received good news, you’ll probably be feeling happy or excited. If you just experienced a loss, you may be sad or even depressed. Many external factors can impact our mood, but there are also factors that take over our mood without our knowledge: these are referred to as mood disorders. Continue reading…