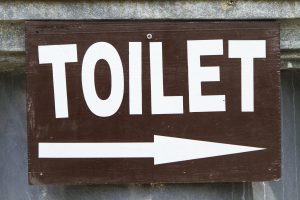 There are many reasons for decreased urine output (oliguria), from drinking less fluid to more serious causes like a heart complication or urinary obstruction. Generally, though, the more you drink the more urine you will release, but if urine output has significantly decreased or doesn’t occur at all, this is indicative of a more serious condition.

Urination is important for proper functioning of the body, because it helps release toxins and waste that could lead to health complications if left in the body.

It is estimated that the frequency of oliguria in adults is about one percent at admission, two to five percent during hospitalization, and four to 15 percent after cardiopulmonary bypass.

Acute kidney injury leading to oliguria occurs in approximately 10 percent of newborns in the intensive care unit (ICU). Children undergoing cardiac surgery suffering from oliguria symptoms are as high as 10 to 30 percent.

Prerenal causes: This occurs when the kidneys are functionating normally, but are not being supplied with enough blood. This accounts for approximately 70 percent of community-acquired cases of acute renal failure and as many as 60 percent of hospital-acquired cases.

Intrinsic renal failure: This cause of decreased urine output is associated with structural renal damage possibly from acute tubular necrosis from prolonged ischemia (cell death due to decreased blood supply), various drugs, or toxins. Conditions that may be a contributing factor include primary glomerular disease or vascular lesions

Postrenal failure: This is a consequence of mechanical or functional obstruction of urine flow. This cause of decreased urine output will usually resolve once the obstruct has been released.

Causes that encompass these aspects of oliguria include:

Contracting infections is a common complication in 30 to 70 percent of patients and generally affects the respiratory system, urinary tract, and indwelling catheters. Uremic states and the inappropriate use of broad-spectrum antibiotics may be contributing factors to this increased risk. Also, due to fluid and sodium retention, cardiovascular complication may result.

Other complications include the following:

If your oliguria isn’t caused by a serious medical condition, then the easiest way to increase urine output is by consuming more water. Other home remedies which can improve urine output include reducing your salt intake as salt retains water, lowering your potassium intake, and eating smaller portions of protein as large amounts of protein can lead to kidney damage.

If your oliguria is caused by a more serious condition, you need to see your doctor for an appropriate treatment plan.

When to call a doctor for decreased urine output

If you’ve increased your water intake and still don’t see a change in your urine output, you should see your doctor as your oliguria then is a symptom for another underlying condition.

You should also see a doctor if you experience diarrhea, vomiting, fever, lightheadedness, dizziness, or a fast pulse.

What the color of your urine means