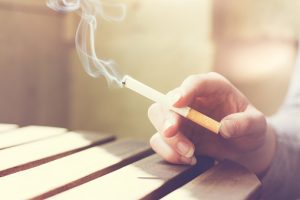 The latest findings conducted on mice reveals that exposure to thirdhand smoke is actually harmful to your brain and liver. The findings suggest that mannerisms can become affected, there is a higher risk of neurodegenerative diseases, and it is harmful to metabolism. The researchers from the University of California, Riverside saw significant health changes among those who were exposed to thirdhand smoke.

Previous studies regarding thirdhand smoke on mice found that it could contribute to type 2 diabetes, hyperactivity, lung damage, and wound healing problems. Thirdhand smoke can also have a big impact on liver and brain health too.

Thirdhand smoke harmful to the liver and brain: Study

Lead author of the study Manuela Martins-Green explained, “Our goal was to determine the minimum amount of time required to cause physiological changes in mice when they are exposed to THS [third-hand smoke], using an exposure system that mimics human exposure. We found that THS exposure as early as one month resulted in liver damage. THS exposure for two months resulted in further molecular damage, and at four to six months caused even more such damage. We also found that the mice showed insulin resistance after long-term THS exposure.”

Your liver is responsible for detoxing the body, so a sick liver can prevent this process from occurring properly.
The researchers examined the brains of mice exposed to THS and found that stress hormones increased within one month of exposure. After two months, additional stress hormones were found and this continued as the months passed. Martins-Green suggests that THS is a silent, toxic killer.

She continued, “Contaminants can be absorbed through the skin and through breathing. Although our research was not done on humans, people should be aware that hotel rooms, cars, and homes that were occupied by smokers are very likely to be contaminated with THS.”


Unfortunately, many people aren’t even aware that they are being exposed to thirdhand smoke and they don’t know that this type of smoke can be detrimental to their health.

THS can remain on surfaces for many years and often are resistant to strong cleaning agents. Furthermore, they can accumulate and age by reacting with ambient air and develop into carcinogenic chemicals. Because THS is easily absorbed by the skin, children are extremely vulnerable to it.

The mice in the study were exposed to THS for up to six months and brain and liver samples were collected on a bi-monthly basis. The researchers then tested 15 biomarkers of disease and damage resulting from thirdhand smoke exposure in serum and nine in the brain and liver. Martins-Green explained, “We found a positive time-dependent significant correlation with increased time of THS exposure and the effects it had on all the variables we measured.
These biomarkers, once validated in humans, can be used as critical indicators of exposure to THS, and how long this exposure has occurred.”

Martins-Green and her team also found that mice exposed to THS were less social than mice who weren’t exposed, showing that THS can affect behavior as well.

It may seem also impossible to steer clear of thirdhand smoke as you carry about your day, but one thing is certain: children should never be exposed to it as it can potentially have long-term lasting effects on their health and behavior.