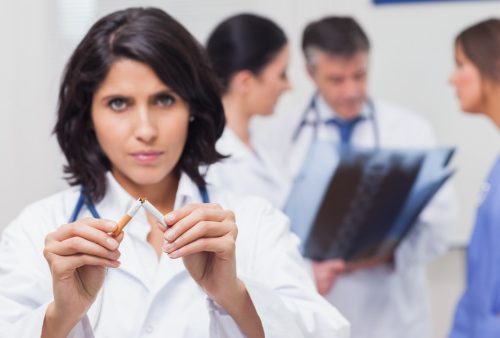 An FDA-approved Alzheimer’s disease drug has been found to help smokers quit smoking. The study consisted of a rat and human trial where the researchers explored the effects of two acetylcholinesterase inhibitors, or AChEIs, and nicotine intake. In the rat model, the researchers found that pretreating the rats with AChEIs reduced nicotine consumption, and the findings remained the same for the human trial where those who received AChEIs smoked less, compared to those on the placebo.

Researcher Heath Schmidt said, “We’re very interested in screening potential efficacy of anti-addiction medications in our models. For this study, we looked at potential smoking-cessation medications.”

Smokers trying to quit describe a decrease in their executive functions, leaving them feeling fuzzy or forgetful. This prompted researchers to explore AChEIs as an alternative to smoking, as it helps with cognitive function and short-term learning.

Both groups reduced their intake of nicotine, but the researchers wanted to confirm whether it was due to the drugs or because the rats felt sick. Schmidt explained, “At the doses shown to reduce nicotine self-administration, the AChEIs did not make our animals sick.”
Co-researcher Rebecca Ashare added, “Our goal in investigating these different repurposed medications is not to replace the medications that are already available. We know that they’re effective. Our goal is to target different populations of smokers who may be more likely to experience these cognitive deficits.”

Although AChEIs are not currently available for smoking cessation, Schmidt and Ashare are working towards a future alternative for quitting smoking.