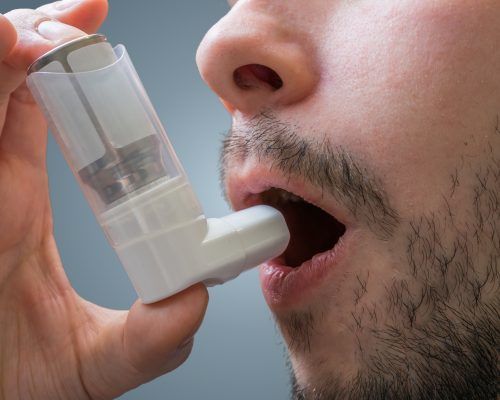 Crohn’s disease and ulcerative colitis incidences are much higher in asthma and COPD patients, according to research. Lead author Paul Brassard said, “These findings have important implications for the early detection of [inflammatory bowel diseases (IBD)] in airway disease patients. Although a link has previously been suggested, this is the first study to find significantly increased rates of [IBD] incidence in people with asthma and COPD. If we can confirm a link between the two conditions it will help diagnose and treat people sooner, reducing their symptoms and improving their quality of life.”

The researchers compared incidences of Crohn’s disease and ulcerative colitis in patients with asthma and COPD with the general population using a database from Quebec, Canada, between 2001 and 2006.

Compared to the general population in Quebec, incidences of IBD in asthma and COPD were 27 to 55 percent and 30 percent higher respectively.

The authors wrote, “[IBD] and airway diseases may be associated through common inflammatory pathways, genetic, and environmental factors. The intestinal and respiratory epithelia share the same embryologic origin, have a similar anatomic structure, and serve as organ barriers between the body and the environment. Immunological dysfunctions triggered by environmental factors are a common element in the pathogenesis of both IBD and airway diseases such as asthma and [COPD].”

“Women with asthma were more likely to develop [Crohn’s disease] than men, and men with COPD were more likely to develop [ulcerative colitis] than women. Confirmation of such results in future studies may have implications in earlier detection of IBD and in the therapeutic management of patients. Medical professionals involved in the care of airway disease patients who develop digestive symptoms need to be aware of the possible occurrence of new cases of IBD even in older age groups and regardless of smoking status,” the authors concluded.

There are currently no cures for inflammatory bowel diseases (IBD), such as Crohn’s or ulcerative colitis, but there are some treatment methods that can ease symptoms and help you enjoy normal life as much as possible. For starters, there are changes you can make to your diet to help improve gastrointestinal symptoms, like bloating, diarrhea, and constipation. For one, eliminate dairy as much as possible, especially if you have lactose intolerance, try consuming low-fat foods as they are easier to absorb, watch your fiber as fiber from whole grains may aggravate symptoms but fiber from fruits and vegetables may be okay, and avoid trigger foods (some common ones include spicy food, alcohol, and caffeine).

Other dietary suggestions include consuming smaller meals more frequently to aid in digestion, drinking plenty of fluids, possibly taking a multivitamin to ensure you receive all your nutrients, and working with a dietician for a personalized meal plan.

It’s also important to not smoke if you have IBD as it makes the condition – and your overall health – worse.

Lastly, it’s important to reduce stress as much as possible, as stress can trigger symptoms as well. Exercise, meditate, try biofeedback, and practice regular relaxation techniques to reduce stress.