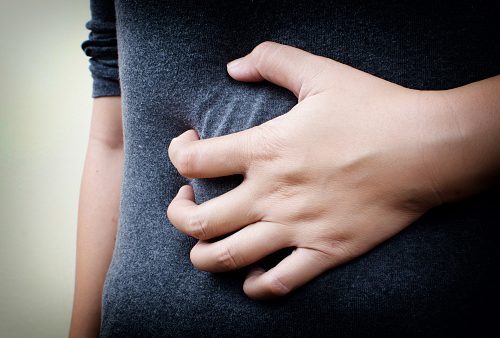 Irritable bowel syndrome (IBS) and gastrointestinal disease treatment is improved with gut immune system neurons. Researchers from the University of Adelaide found that IBS patients have a defective immune system, which could explain why patients experience ongoing pain. The findings also help explain why painkillers may not be as effective in IBS patients.

The study looked at the immune response in healthy individuals and in patients with IBS. Lead author Dr. Patrick Hughes said, “This study is the first to give us a real understanding of the interaction between the immune system and pain symptoms in IBS patients. The gut contains specialized immune cells, known as monocytes and macrophages. Our research has shown that in healthy people, these immune cells normally secrete opioid chemicals, like morphine, that block pain. But in people with IBS, the opioid production by these cells is defective. So it’s no wonder that people with IBS are experiencing ongoing periods of unexplained pain. And if the immune system is defective, it may also mean that painkilling medications taken by the patient to relieve their symptoms are not being adequately converted to pain relief.”

The exact cause of pain in IBS is still unknown, but Dr. Hughes added, “We have now confirmed, and detailed, information about the important role of the immune system in this pain response. It’s our hope that this work could eventually lead to more targeted treatments for IBS sufferers, to help treat or prevent the long-term pain they experience.”

The main role of the immune system is to protect the body from outside threats that can lead to illness. Even the foods we eat can pose a threat to the immune system, so it may stay alert against threats like salmonella or E.coli. Research from Rockefeller University found that neurons play a role in protecting intestinal tissues from harm and over-inflammation.

Lead researcher Daniel Mucida said, “Resistance to infections needs to be coupled with tolerance to the delicacy of the system. Our work identifies a mechanism by which neurons work with immune cells to help intestinal tissue respond to perturbations without going too far.”

Mucida added, “We wanted to know where this signal was coming from that induced this different response to infection. We came to the conclusion that one of the main signals seems to come from neurons, which appear in our imaging to almost be hugged by the muscularis macrophages.”

“We now have a much better picture of how the communication between neurons and macrophages in the intestine helps to prevent potential damage from inflammation. It’s plausible that a severe infection could disrupt this pathway, leading to the tissue damage and permanent gastrointestinal changes that are seen in diseases like irritable bowel syndrome. These findings could be harnessed in the future to develop treatments for such diseases,” concluded Mucida.