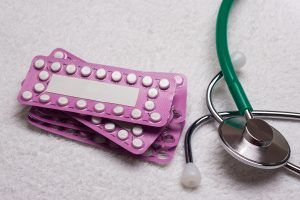 The original 2012 study found clear connections between IBD and oral contraceptives. The researchers looked at 232,452 women who provided information on IBD status every two years along with their use of contraceptives, pregnancy status, number of pregnancies, menopause status, and other lifestyle factors.

The initial findings found a strong association between the use of birth control pills and IBD. Other findings included:

In a letter to the editor, Dr. Khalili wrote, “Recent data have linked modification in the gut microbiome to endogenous levels of androgens, which are also known to be altered with OC [oral contraceptive] use and influence the development of autoimmune diseases. This supports the intriguing hypothesis that the gut microbiome lies at the crossroads of pathways linking exogenous hormone use with innate and adaptive immunity.”


Tips to help you cope and manage Crohn’s disease

Crohn’s disease can be difficult to manage, so here are some tips to help you better navigate the illness and improve the quality of life.

These tips, along with following your treatment plan, can help you better manage your Crohn’s disease with minimal complications.