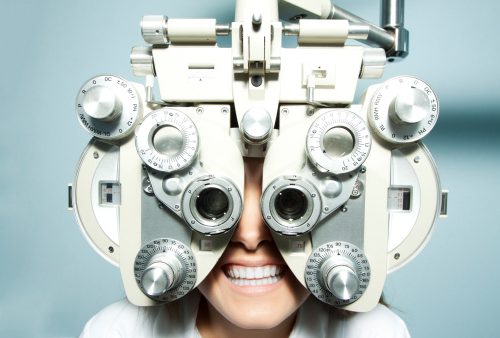 The eyes may be a window into your soul, but they are far more important as your windows into the outside world. Apart from improving eyesight and granting the ability to see details that went previously unnoticed, corrective eye surgery has been shown to help people inflicted with cataract-related vision disorders live longer.

Cataracts are caused by the clouding of the eye’s lens, and are the leading cause of vision impairments in America. By the time they are 80 years old, more than half of the American population will have experienced the onset of cataract-related vision impairments. Successful correction of cataract-related vision disorders involves surgically removing the opaque lens and implanting an artificial lens. If you notice foggy vision, or consistent vision difficulties, it is advisable to consult with an ophthalmologist regarding eye surgery.

Interestingly enough, patients who have had cataract surgery seem to have one thing in common: they all have an increased self-confidence post-surgery. Patients say that they are more comfortable driving, playing sports, reading, and generally enjoying life. More recently however, corrective eye surgery has been associated with prolonged life.

This research, published in the journal Ophthalmology, is based on data from the Blue Mountains Eye Study, a study of common vision disorders and eye disease in an older Australian population. In total, 354 people, aged 49 or over, who were diagnosed with cataract-related vision disorders, were included in the study. The research found that people who received eye surgery had a 60% chance of living longer than those who did not receive eye surgery.

The researchers were quick to point out that their calculations and research compensated for age, gender, and increased mortality rates due to hypertension, diabetes, heart disease, and many other factors. While the research is based on a large group of Australians, experts are certain that similar positive results can be proven for people in other parts of the world.

Previous studies have found that cataracts increase a person’s mortality risk. However, these studies have only compared people with cataracts to members of the general population. People who had received eye surgery were not included in older studies. The new study, on the other hand, compared people who had cataracts to those who had had them removed. It simply shows that undergoing surgery can negate the negative effects of cataracts, and can thus allow you to live longer.

Many patients are wary of cataract surgery. Misconceptions bred on older procedures still exist, and cause fear for potential surgical patients.

This research, however, sends a positive message to ophthalmologists who are debating with patients who are potentials for eye surgery. It suggests that going forward with eye surgery has a long-lasting and positive impact, not just on a patient’s vision, but can help them live longer lives as well.

The connection between eye surgery and longer lives are still unclear, but the researchers hypothesize that factors may include improvements in physical and emotional health, more optimism, greater confidence, as well as the improved ability to correctly comply with medical prescriptions.

Based on the research, it can be concluded that cataract-related vision impairment has a negative effect on people’s attitudes, and significantly lowers their zest for life. Corrective eye surgery helps reverse these ill effects, and thus has a positive role in allowing a person to live longer.