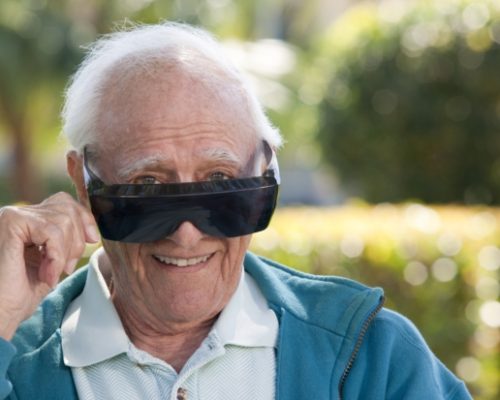 There are three main types of age-related cataracts: nuclear sclerotic, cortical, and posterior subcapsular. Cataract is the clouding of the natural intraocular crystalline lens which focuses on light entering the eyes through the retina. Cloudiness can reduce visibility and over time can contribute to blindness if left untreated.

Cataracts develop gradually and are often symptomless, so a person’s daily living will not necessarily be affected in the beginning. Cataracts are the number one leading cause of preventable blindness.

Treatment options for cataracts include prescription glasses or contacts. If corrective eyewear doesn’t improve your vision, you may be a candidate for cataract surgery.

Cataract surgery is quite common in the U.S., with 1.5 million surgeries taking place each year. The surgery involves removing the cloudy lens and replacing it with a clear artificial one. Ninety percent of patients who undergo cataract surgery experience vision improvement.

Nuclear sclerotic cataracts are a normal part of aging, to some degree. This condition minimally interferes with vision. In nuclear cataracts, an excessive amount of light scatters, leading to a central opacity (cloudy area).

This type of cataract progresses slowly and can lead to greater impairment of distance vision, although close-up vision may improve. In its early stages, nuclear cataracts can result in hardening of the lens. As it progresses further, yellowing and browning of the lens occurs, causing hue discrimination, in particular with the blue end of the visual spectrum.

Nuclear cataracts are the most common form of cataracts.

Cortical cataracts refer to cloudy areas of the lens cortex. Changes in the water content of the lens fiber create clefts or fissures. Fissures can change the way in which light enters the eye, causing it to become scattered, so vision becomes blurry, glared, contrasted, and depth perception becomes impaired.

Diabetics are at a higher risk for cortical cataracts.

Posterior subcapsular cataract is a cloudy area at the back of the lens. It derives its name from the location of the cataract, which is beneath the lens.

This type of cataract can interfere with reading, as it causes a halo effect or glare of light around objects or words. People at higher risk for this type of cataract are those taking steroids, having diabetes, having extreme nearsightedness, or having retinitis pigmentosa.

This type of cataract can develop quickly, and symptoms can be noticeable within months.

The good news is, as long as cataracts of any type are caught early on, treatment can be done in order to preserve vision. It’s important that you go for regular eye exams, as your doctor will then be able to uncover any changes to your eyes, including cataracts.