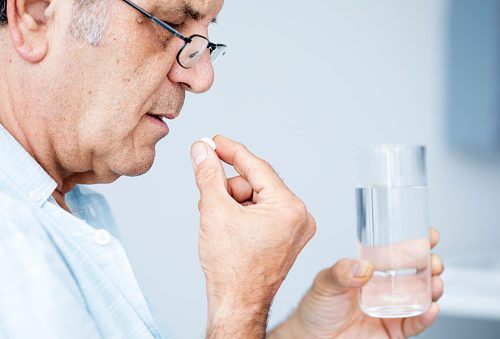 Sleeping problems are quite common, so many older adults reach for medications to treat their insomnia. Although insomnia medications may aid in sleep, they do come with a potentially dangerous side effect—they’ve been found to increase the risk of falls.

The study reveals that this correlation may be a result of seniors taking these medications longer than they should.

Associate professor at Penn State, Orfeu Buxton, explained, “The importance for me—personally and professionally—is that this matches what I’ve heard from gerontologists and physicians treating older patients at assisted-living and nursing homes. So many older adults come into the care of a physician late in life with a huge medication burden.

They’ve been taking sleeping medications for years, or decades, and it’s the physician’s problem to get them off of medications that are no longer appropriate at that age.”

Buxton added, “The more likely a person has difficulty sleeping, the more likely they are going to be up and walking around in the dark at night. You might think that if they have a physician-prescribed sleep medication that risk of falling might go down because they would stay in bed, but it doesn’t. It worsens.”

Falls are particularly dangerous for older adults as their bones tend to be more fragile which increases the risk of fractures and broken bones. This can take a negative toll on a person’s health as they lose independence, become bedridden, and the risk of other medical complications rises.


Buxton suggests avoiding all of these problems finding non-medication methods to improve sleep if necessary. “If you have difficulty sleeping the most effective treatment is cognitive behavioral therapy for insomnia—CBTi—which teaches patients how to learn to sleep well again. In contrast, medications have many unintended consequences that worsen with later age and with the duration of taking them. Almost all the sleeping medications are meant only for short-term use and even the long-term use indications are supposed to be on the order of weeks, not decades,” Buxton added.

The researchers found that the four main symptoms of insomnia—difficulty falling asleep, waking up throughout the night, waking up too early, and not feeling rested—all contributed to a higher risk of falls.

If you’re having a hard time sleeping, speak to your doctor about natural ways to improve sleep rather than jumping on board with medications.

Related: Insomnia may cause dysfunction in specific brain regions: Study

How to combat stress to treat insomnia

Terminal insomnia: Do you wake up earlier than would like?