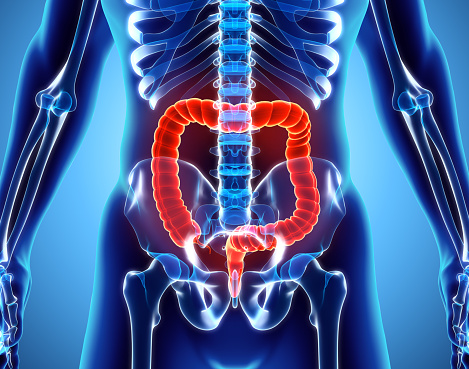 Colonic inertia is a disorder that can come with severe abdominal pain or bloating. It is best described as abnormal passage of stool. In some cases, the colon ceases to function normally.

Also referred to as slow-transit constipation, colonic inertia means that a person has constant constipation along with abdominal discomfort. People who suffer from colonic inertia usually do not pass stool for anywhere from 7 to 10 days or in some cases even longer. There are situations where this disorder also involves abnormalities in movement within the upper intestine, such as delayed emptying of the stomach and something called small intestinal pseudo-obstruction. Intestinal pseudo-obstruction is a condition that causes symptoms of a blockage when in fact there isn’t one.

What are the causes and symptoms of colonic inertia?

While colonic inertia causes continue to be investigated, there are some theories as to how the disorder develops.

Here are some potential causes:

There are other factors that could lead to colonic inertia, including certain health conditions such as multiple sclerosis, Parkinson’s disease, irritable bowel syndrome, hypothyroidism, and depression. People who suffer from colon cancer, are sedentary, take antidepressants and pain drugs, are pregnant or are stressed out, have rheumatologic diseases, or diabetes may also experience some of the signs and symptoms of colonic inertia.

There are some people, usually young women, who experience the signs and symptoms of colonic inertia for no identifiable reason.

Related: 23 natural remedies to get rid of gas immediately

A colonic inertia diagnosis begins with a medical history and physical exam. The physical usually involves a digital rectal examination to check for any tenderness, strictures, and stool. Although it is not always necessary, a blood test can be used to determine if there are any thyroid or other hormonal issues at play.

There are colon transit studies that can be used to measure the stool movement. A radiopaque market test measures the movement of radiopaque markers through the gut. Two to three days before the test, patients are told to stop taking any laxatives or other medications that could impact bowel function. Markers (capsules), which have 24 markers, are swallowed and their passage through the colon is monitored using an x-ray. Usually rings appear in the colon after about 12 hours. At 24 hours, the rings can be counted, but most medical experts do x-rays three to five days after ingestion. The presence of fewer than 20 percent of the rings suggests normal colonic transit, but more than 20 percent means delayed colonic transit.

Today there is even a smart pill study that can help with colonic inertia diagnosis. A wireless motility capsule commonly called, the “smart pill” is swallowed by the patient who wears a receiver. Whenever the patient performs activities, including exercise, eating, and going to the bathroom, he or she presses an event button. After a few days, the information is collected from the receiver for analysis.

A barium enema, which is a study using x-rays and a liquid barium to get a clear picture of the colon and rectum, can also be used. A defecography, which is similar to a barium enema, is another testing option.

When it comes to colonic inertia treatment, each case can be different, but in many cases, health care professionals will start with suggesting adjustments to diet. Some people do notice relief of colonic inertia symptoms following a change in their eating habits. A lot of fruits and vegetables, as well as plenty of water, can be helpful. Consuming foods that are high in fiber is also recommended for those who suffer from colonic inertia. The fiber can help to move fecal matter.

Here’s a look at some other treatment for colonic inertia:

While colonic inertia may sound familiar, it is important to know that it is not the same as regular constipation. People with normal constipation can feel uncomfortable and bloated, but they have normal colonic transit times.

It is not unusual for people to want to address gut issues in a natural fashion. The colonic inertia diet takes fiber, fats, fruits, and vegetables as well as protein into consideration.

If you suffer from colonic inertia, there is likely a defect in the electrical signalling within your body. Even though the walls of the colon stretch, certain areas of the colon still refuse to respond. Some food might move eventually due to the fact that it is being pushed by a mass of back up residues that have been accumulating, but the point is that evacuation is happening too late. What you eat can make a difference.

This is what a colonic inertia diet can look like:

Coconut oil, avocado oil, egg yolk, organic yogurt from pasture raised cows or goats, as well as fish oil are all good, but avoiding hydrogenated fats like margarines and pastries is recommended.

Insoluble fiber can add bulk to the volume of the stool, which can be helpful to people who suffer from constipation. It can make it easier for stool to move through the colon and out of the body, but can be problematic for those who suffer from colonic inertia. However, soluble fiber puts water into the bowel, which leads to softer stools. Oatmeal, bran, black beans, kidney beans, flaxseeds, Brussel sprouts, and citrus fruits all have soluble fiber.

Meat can be hard to digest if you have colonic inertia but there are other good sources such as eggs, peanut butter, and almond milk. Remember, getting protein is essential in building and maintaining muscle mass. Many people who struggle with protein turn to smoothies. They use protein powders to supplement in cases where they aren’t getting enough protein from diet. Not all protein powders are alike, so do some research to find out what the best (healthiest) options are.

It is advisable to go easy on the grains, but raw honey, unprocessed molasses, soaked oatmeal, and cooked spelt are safer.

Green tea extract and ginseng extract are known as powerful foods that can help the gut. Some nutritionists suggest that fermented foods like sauerkraut and kimchi, which is a traditional Korean dish, are also good for the gut.

Even if you don’t suffer from colonic inertia, the reality is that a healthy colon depends on a healthy diet. For those who find it difficult to maintain a balanced, nutritional diet or those who are struggling with colonic inertia, consulting with your doctor and a nutritional expert can be very helpful. Nutritionists will not only guide you towards the best food options, they can also advise you on what kind of supplements might help.

Many experts now believe that a healthy gut, including a colon that is working properly, is a key component to overall good health. If you are suffering from any of the signs and symptoms described here, don’t hesitate to seek medical attention.

Colon cleansing at home: Natural ways to detox your colon