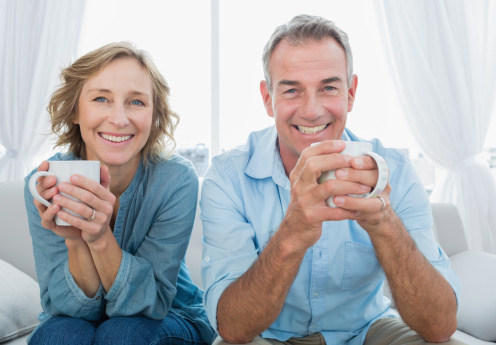 For many people, drinking a cup of coffee is reason alone to wake up in the morning. The intoxicating aroma, the flavorful coffee bean notes on your taste buds, and of course, the stimulating rush you get from your daily dose of caffeine, all help you start off your day.

Not that coffee lovers need any more reason to praise their favorite warm beverage. However, two new studies show that drinking coffee might make you live longer as well.

It has been known for years that drinking coffee provides a whole host of beneficial health effects to those who drink it daily. Some noteworthy attributes include reducing the risks of skin cancer, heart disease, and even Alzheimer’s disease.

Now, a reduction in overall mortality can be added to coffee’s list of accolades.

Based on a study of over 700,000 middle-aged and older adults, those who drank coffee daily were up to 18 percent less likely to die over the next 10 to 16 years compared to non-coffee drinkers.

The researchers, however, say that it is unlikely that doctors will start recommending coffee as some sort of all-in-one treatment for long life.

“But if you’ve always been a coffee drinker, there’s no reason to stop. Moderate coffee consumption can be incorporated into a healthy lifestyle,” said Veronica Setiawan, an associate professor of preventive medicine at the University of Southern California’s Keck School of Medicine and senior researcher on one of the studies.

For the first study, nearly 186,000 middle-aged and older American of all races took part. Beginning in the 1990s, these individuals reported on their diet and lifestyle habits. This also included whether they drank coffee or not. During the next 10 years, more than 58,000 participants had passed away.

Those who drank one to three cups of coffee a day were found to have better survival odds regardless of race, being 12 to 18 percent less likely to die.

The second study included more than 520,000 Europeans, of which 42,000 died during the course of the 16-year study. The researchers found that those who drank about three cups (23 to 29 ounces) of coffee per day were seven to 12 percent less likely to die in the next 16 years. In addition, coffee drinkers also had a lower risk of dying from liver disease or other digestive disorders.

However, the researchers stress that neither study proved that drinking coffee can extend a person’s life. Rather, it may simply be a great benefit for those who incorporate it into their daily lifestyle.

Related: The benefits of drinking coffee you didn’t know