Home » General Health » Is Coconut Oil Healthy for You? 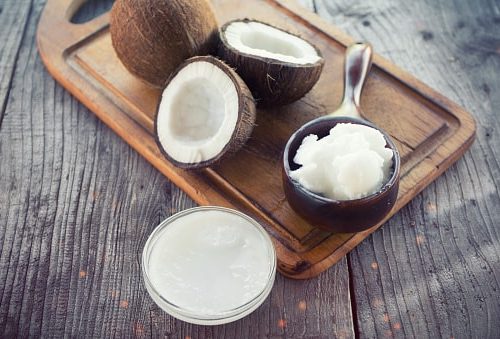 Coconut oil really hit its peak in popularity back in 2015, but since then, it has been on a steady decline. Trendier fats like butter and ghee are surpassing coconut oil in popularity.

Initial claims of coconut oil suggested it could aid in weight loss and boost immunity. As of late, these claims are being questioned along with other issues are arising such as coconut oil’s effect on cholesterol levels.

Coconut oil isn’t the first “superfood” to crash and burn. In fact, trends like this are seen all the time. A bunch of claims about a food are released, and once further research is conducted, they are debunked, reducing the superfoods popularity.

The term superfood is often thrown around, but what does it really mean? We’ve seen foods like kale, quinoa, and goji berries all be hailed as superfoods, which often refers to a food being considered healthy and offering benefits to health.

Many superfoods have nutritionists backing them for the ability to provide the body with nutrients. For coconut oil, it was once primarily used as a butter substitute for vegan baking until researchers began releasing studies on the oil showcasing the benefits of medium-chain fatty acids.

This caused searches of coconut oil between 2011 and 2015 to soar on Google and retailers scrambled to put out coconut oil products.

As coconut oil was reaching its peak in popularity, researchers and nutritionists alike began questioning coconut oil’s claims and benefits. As marketers began to catch on, there was a rise in alternative oils such as avocado, animal fats, and specialty butter.

The official denouncement of coconut oil came from the American Heart Association in 2017 where they stated that coconut oil has too much saturated fat.

Charles Banks, the co-founder of thefoodpeople, explained, “Products like coconut oil, which consumers don’t quite understand or trust when it comes to health credentials, are inevitably going to suffer in a ‘facts-first’ world, at least until their health benefits are unequivocally proven.”

Coconut oil and cholesterol: Is coconut oil good for your heart?

Cooking oils compared: Which to use or avoid for health benefits

This oil is better than olive oil for your heart

Is coconut oil safe for your heart?