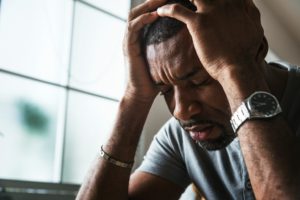 Stress is something that seems unavoidable in life, yet we are constantly being cautioned by medical practitioners to avoid it as much as possible. Stress has often been associated with issues in the cardiovascular system, but new research points to its effects on cognitive health, as well.

To function optimally, the brain needs a balance of glucose, about 10 times more glucose than any other system in the body. If this balance is disturbed, it can lead to cognitive impairment, as well as mental health issues including depression. Stress is one of the well-known factors that can cause a glucose imbalance in the brain.

In a new study, researchers examined how different animals responded to chronic stress and the resulting long-term effects on glucose metabolism in the brain. The researchers noted that stress caused glucose levels to be disturbed in both the brain and the periphery. Shortly after being exposed to the stress, the animals demonstrated raised glucose levels in the blood.

The brain demonstrated hyperglycemia and yet reduced levels of glucose intake. After giving the mice a medication used for diabetes, the glucose levels were excreted in their urine and blood glucose levels stabilized to normal.

“Not all animals responded the same,” said Tanja Jene, co-author of the study. “Within the stressed population, clear subgroups could be distinguished, i.e., those that increased glucose levels after stress whereas others kept normal glucose levels.”

It was only the animals who responded to the stressful situations with a stress response and increased glucose levels who showed signs of cognitive impairment as a result. The diabetes medication was also most effective in this group, normalizing spatial memory and long-term glucose metabolism.

For the study subjects that responded without increased glucose levels, the administering of the diabetes medication caused their otherwise normal spatial memory to become impaired.

“Our results demonstrate that chronic stress can impair spatial memory through alterations in glucose levels and that intact glucose metabolism is pivotal for memory-related processes,” said Dr. Michael van der Kooij, who designed the study.

“Furthermore, the findings highlight the importance of individuality, since all subjects experienced the same stress, but only a proportion was susceptible, as these developed disturbances at the levels of glucose metabolism and, hence, cognitive impairments. The fact that stress-susceptibility or resilience could be predicted early after stress by measuring blood glucose levels fuels the belief that perhaps in humans with stress-related disorders such as depression, abnormal glucose metabolism may also play a major role and that the classification strategies as employed in the current study could enhance treatment efficacy.”

While these results only apply currently to the mice tested in this study, it is very likely that the results found will be similar in humans, once tested. Individuality of brain chemistry and responses to stress is something that is already noted in humans and what causes treatment of mental health disorders to be such a tricky science, as individual needs are different.