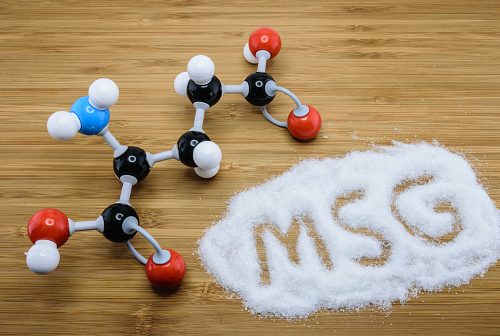 Chronic pain refers to body pain that lasts for three or more months. While it affects people in all countries, it is more prevalent in certain regions such as a place called Meru in Kenya. Therefore, researchers decided to study the community in this region to identify factors that could have contributed to the pain. The main focus was on the consumption of glutamate and the impact of dehydration due to decreased water consumption.

Glutamate, more commonly known as monosodium glutamate or MSG, is a chemical salt that is often used as a flavor enhancer in foods. It sometimes occurs naturally in food such as parmesan cheese and soy sauce.

The effects of glutamate have been studied time and again, and the salt has been linked to harmful effects on health. The salt over-stimulates the nerve cells of the brain, causing damage to and even killing them. Glutamate has also been suspected to enhance chronic pain symptoms.

A few pilot studies were used to collect information that would help understand the impact of dehydration or consumption of monosodium glutamate (MSG) on pain and whether dietary intervention could help relieve it.
Conducted in Kenya, the studies examined a seasoning spice called Mchuzi Mix containing MSG, which is very popular in the region.

Researchers first conducted a prevalence estimate from random households in Meru and identified 89 people suffering from chronic pain to be subjects for the study. The subjects were given a questionnaire that collected information ranging from demographic data to information on pain. The subjects were also asked to maintain a food and symptom diary for a week.

Impact of the intervention

Scientists found that the participants in the third and fourth groups (those who either had to consume more water and alternative spices or were prescribed acetaminophen) experienced significantly less pain after two weeks. This suggests that chronic pain was impacted adversely by a combination of MSG and dehydration.

Significance of the pilot studies

Kathleen Holton, an assistant professor at American University, found a significant similarity between the findings of the pilot studies and her personal research, where monosodium glutamate was used as a flavor enhancer but in the Western world. In addition, study participants from the Kenyan research had symptoms similar to those of patients with chronic pain in the U.S. These symptoms included headaches or migraines, sleep problems, chronic fatigue, and cognitive dysfunction.

She recommends a large-scale clinical trial be carried out to demonstrate how dietary changes can be a cost-effective treatment for the condition.

Light therapy may be effective in treating chronic pain