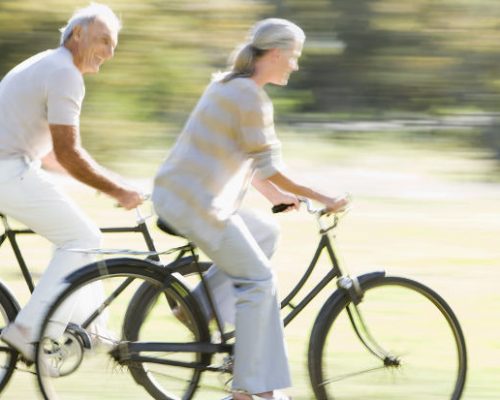 Older adults with a high level of activity may be less likely to experience chronic pain, according to new research conducted by Dr. Kelly M. Naugle and her colleagues at Indiana University–Purdue University Indianapolis. Tests looking at how pain is processed by the central nervous system in physically active older adults showed that their pain modulation patterns were better able to suppress responses to painful stimuli, which made them less susceptible to developing chronic pain.

To reach this conclusion, the team worked with 51 healthy adults between the ages of 60 and 77. These participants were made to wear an activity monitor that tracked their level of physical activity over the course of one week. They then underwent two tests of pain modulation where the central nervous system’s interpretation and perception of pain were monitored.

The first test was called temporal summation and it measured the pain response to repeated pain stimuli, while the second test—called conditioned pain modulation—monitored the reduction of pain responses in reaction to competing pain stimuli.


Put simply, the participants who completed moderate or vigorous physical activity more frequently perceived less facilitation of pain, while those who completed some exercise or had less sedentary time per day were better able to block pain perception. This variance could be associated with the “central sensitization” process that scientists posit is responsible for the progression from acute pain to chronic pain.

Dr. Naugle concluded, “Our data suggest that low levels of sedentary behavior and greater light physical activity may be critical in maintaining effective endogenous pain inhibitory function in older adults.” With further research, exercise programs may be designed to reduce and prevent pain in older adults that are tailored to the individual’s needs based upon their specific dysfunction.