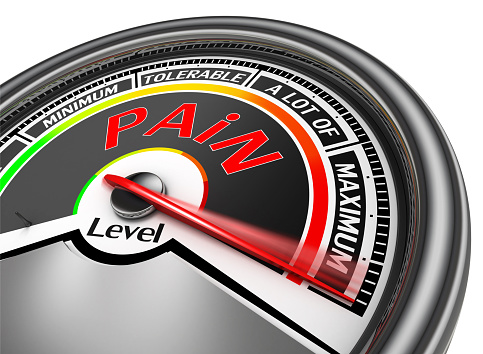 Pain is something we all deal with from time to time. However, there are people out there who have no choice but to live with chronic pain. Living like this can decrease quality of life, and according to new research, it could somehow be related to changes in the brain that contribute to dementia.

Dementia describes a group of symptoms affecting memory, thinking, and social abilities that interfere with daily functioning. This tends to be represented as memory loss, difficulty communicating, and difficulty with planning and organization. There are many different causes of dementia, the most common of which is Alzheimer’s disease.

The study in question reviewed data from 10,000 participants aged 60 and over for a period of 12 months. Subjects were chosen based on the level of pain they experienced on a daily basis.

Those classified as having moderate to severe pain declined 9.3 percent faster in tests of memory function over the study period compared to those who were not troubled by pain.

The patients who were classified as having persistent pain were seen to have a small but significant increase in the likelihood of development of dementia overall, according to the researchers. These patients were also more likely to have a harder time with life tasks, such as managing their medications and finances.


“Elderly people need to maintain their cognition to stay independent. Up to one in three older people suffer from chronic pain, so understanding the relationship between pain and cognitive decline is an important first step toward finding ways to help this population,” said Elizabeth Whitlock, a postdoctoral fellow in the UCSF Department of Anesthesia and Perioperative Care and the first author of the study.

The researchers theorize that increase in dementia risk could be the result of pain somehow preventing the brain’s ability to encode memories and other cognitive functions. It’s also possible that the increased use of painkillers such as opioids may be playing a factor.

Whatever the case may be, pain was seen to be clinically relevant during this study. This symptom could be used as a marker for increased risk of future cognitive decline, despite not knowing its precise biological basis.

Multitasking while walking a possible predictor of dementia: Study

Volunteering once a week can decrease dementia risk in seniors: Study